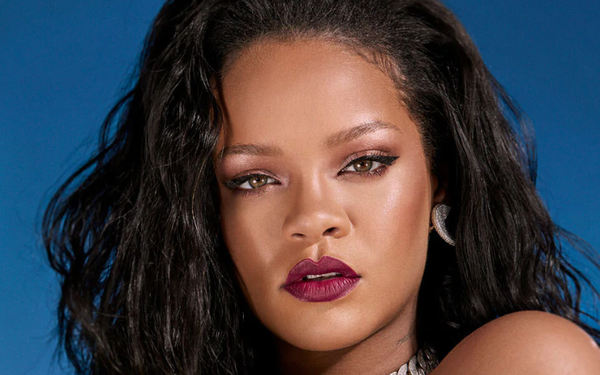 The Super Bowl's halftime stage has been home to plenty of musical superstars, who have rocked, rapped or promoted their way to legend status.

But when Rihanna takes the field in the Apple Music Super Bowl Halftime Show at Super Bowl LVII this February, she'll bring a level of branding expertise football fans have never seen before.

Most musicians make their money from playing and selling music, as well as the lucrative endorsements that come from fame.

Rihanna, on the other hand, is the wealthiest female musician on the planet because of her marketing prowess. Forbes estimates her worth at $1.7 billion, and only Oprah tops her as a woman entertainer.

In the latest Forbes ranking, she bested Kylie Jenner as the list's youngest female self-made billionaire.

Most of that, about $1.4 billion, comes from Fenty Beauty by Rihanna, which she owns jointly with luxury giant LVMH. (Forbes reports she owns 50%.) Launched in 2017, Fenty jolted the industry with its radically inclusive product offerings and 40 different shades of foundation. Competitors have been racing to catch up with "Fenty 40" ever since.

In 2018, she launched Savage X Fenty, a lingerie brand with LVMH. (She reportedly owns 30% of that company.)

All that keeps her busy -- so busy she hasn't released a new album since 2016's "Anti." She also had her first child, with rapper A$AP Rocky, in May.

The time away from singing hasn't affected her fan base.

The 34-year-old performer has 134 million followers on Instagram, and social-media fans are swooning over her return to the stage. Some are photoshopping her cosmetic display racks onto the 50-yard-line. Others are quipping she'll use the big moment to announce some product drops.

"Rihanna is a generational talent, a woman of humble beginnings who has surpassed expectations at every turn," says Shawn "JAY-Z" Carter, in the NFL's announcement. "A person born on the small island of Barbados who became one of the most prominent artists ever. Self-made in business and entertainment." 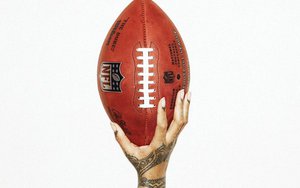 Carter was instrumental in Rihanna's first music deal when she came to the U.S. from Barbados as Robin Rihanna Fenty at age 16.

Media Post predicts it won't just be Fenty cosmetics and lingerie that winds up in the headlines. We're betting the singer and the Rihanna Navy, as her fan base is called, will make headlines about domestic violence, too–in ways that might make the NFL squirm.

The singer has been a sometimes-controversial advocate for domestic abuse victims, much of it springing from her stormy relationship with singer Chris Brown in 2009.

In early 2020, she donated $2.1 million to domestic violence victims in the COVID-19 lockdown.

The NFL continues to face criticism for inconsistent and lenient responses to sexual assault and domestic violence. Its recent handling of the Cleveland Browns quarterback Deshaun Watson case is fueling more skepticism.

A recent report in the New York Times, analyzing an academic study, reports that the NFL's actions against athletes accused of violence had “negligible” impact on their careers.