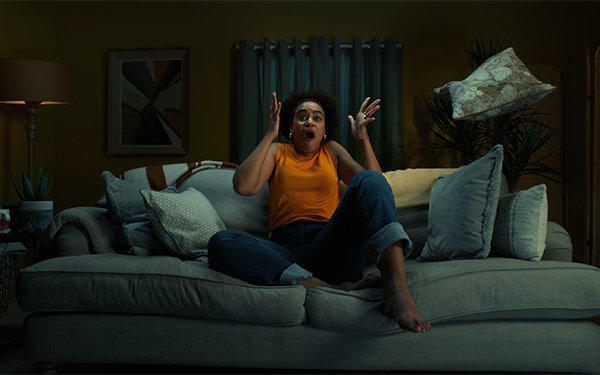 The streamer STARZPLAY has been rebranded as Lionsgate+

The adam&eveDDB agency won STARZPLAY following a competitive pitch earlier this year to relaunch the brand across Europe and Latin America.

Also, adam&eveDDB in London collaborated with global partners DDB Latina and adam&eveNYC to deliver campaigns tailored to each local market.

The campaign is based on the idea that viewers select shows to match their moods. This point is demonstrated in a 60-second spot illustrating how our minds and bodies react to a gripping story. Blending actors with animated graphics actively shows the adrenaline rush from either suspense or comedy. TV shows such as “The Great,” “Gaslit” and “Outlander” make the point, as the tagline reads: "It lives on Lionsgate+.”

The creative spot was directed by Finn Keenan of RiffRaff films, known for his work on Nike, EA Sports and JustEat.

“We wanted to take the opportunity to make advertising as entertaining as our content on LIONSGATE+,” said Linnea Hemenez, SVP, International marketing for Starz.

Starz will also rebrand as Lionsgate+ in 35 countries and revamp its logo. But the company remains Starz in the U.S. and Canada.