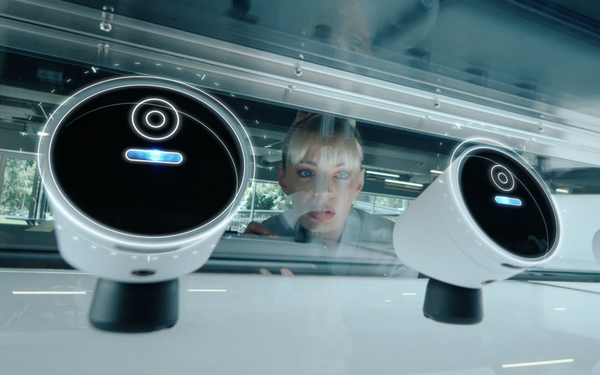 SimpliSafe, the home security company, is shifting its marketing strategy. It's leaving Robbert, the affable burglar, behind, pivoting to a new positioning with a campaign called "In Here." This emphasizes the company's technical prowess rather than ease of use as it battles competitors like ADT and Amazon's Ring. Scott Braun, SimpliSafe's chief growth officer and head of marketing, explains the new direction.

D2C Insider: Why the change?

Scott Braun: I've only been here for about seven months, so I inherited Robbert. We began looking more closely at what we stand for. Robbert helped us stand for simplicity and ease of use. We stood for value. And we've stood for the effectiveness of the products, as well, but it's probably been in that order. As we stepped back, we said, "We've got these high customer satisfaction scores. We have fantastic retention. Our products work really well."

So this rebranding and campaign represent that shift from simplicity and value to effectiveness, especially advanced security. We just hadn't been touting how well our products work.

With "In Here," we're letting the inside of the company shine through, telling people that customer safety is all we think about.

D2C Insider: How has the competitive environment changed in recent years?

Braun: There's strong competition on all fronts, including Ring, ADT and Vivant. We all have different approaches.

ADT and Vivant are solid products and much more expensive. They require professional installation. Our differentiation has been ease of use and a lower price, but we are just as effective. We don't need to take a backseat. 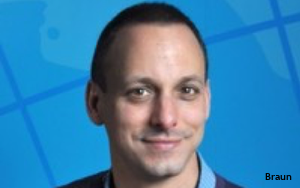 D2C Insider: What differentiation are you calling out now?

Braun: It's what we call Fast Protect technology, which enables a super-fast emergency response.

D2C Insider: What metrics will tell you how successful this switch is, besides sales?

Braun: Sales and awareness are important. But we are also looking closely at segmentation. So, what type of consumer are we attracting? Are we attracting more consumers who are interested in advanced security? And of course, we don't want to attract fewer of the old consumers either. So it's about expanding the umbrella. And we'll look more closely at attributes like trust.

Because this is a clear departure in tone and message, we recognize that it doesn't happen overnight.

D2C Insider: You're running the ads on national broadcast networks, cable and streaming networks, like Hulu and Peacock. Can you explain who you're targeting?

Braun: It's less about a given demographic and more of a value-based segmentation. So, do-it-yourselfers, for sure. We do offer professional installation, but that's not our focus. Then there's a spectrum of people who see home security as a nice-to-have or a must-have. We'd like to attract more of the must-haves than we have in the past.

D2C Insider: How big is the effort?

Braun: Significant. We're trying to shift perception, so we'll spend more time, energy and money on the upper-funnel channels. You're going to see it on everything from TV and streaming and podcast to display and Facebook. One plus one should equal three, because we're consistent across channels. We created the ads with our in-house agency. Electromatic.