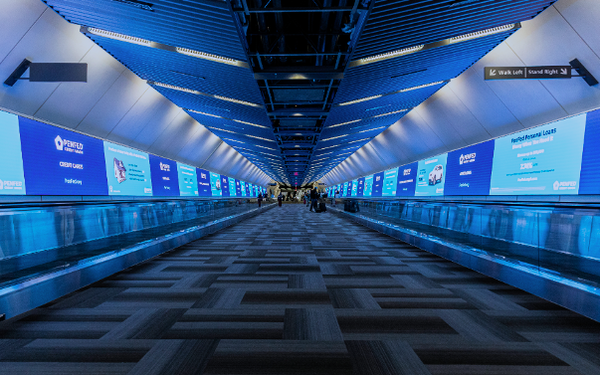 WHITE64 is responsible for the creative work.

Morten Gotterup, president, Clear Channel Airports, said: “This immersive digital marketing campaign is like nothing we’ve seen before in an airport. The magnificent digital displays that make up The PenFed Tunnel provide a wow factor with audio and visual effects ... the brand activation will engage millions of air travelers and inspire them to take action.”

Clear Channel Airports operates more than 260 airport media programs across the globe and has a presence in 28 of the top 50 U.S. markets with major airports.

“PenFed membership is open to everyone, and we are proud of the bold messaging and awareness The PenFed Tunnel brings to our market-leading products and service,” said PenFed Credit Union President/CEO and PenFed Foundation CEO James Schenck.