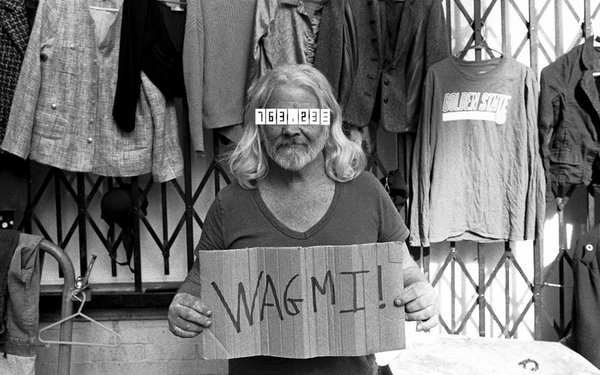 Just as New York City has declared a state of emergency in repsonse to the influx of tens of thousands of migrants from Latin America this year, a new effort in San Francisco was unveiled today to help the many homeless there.

It's called the Cryptoless Project, and was developed by photographer Antoine Guéne and  the non-profit City Team, with support from creative agency OK C'est Cool. Blockchain devolopment studio BlockLabs42 and the artist KAO are also contributing resources.
The main idea: to sell NFTs to raise money for City Team in support of its work. Most of the proceeds will go to that group although 20% is being earmarked to expand the effot to other cities and causes.
Available on the website cryptoless.art, the first collection comprises 600 NFTs generated from 10 portraits of homeless people living in San Francisco. The analog pictures take place in the streets of the Tenderloin district, a neighborhood knonw for widespread homelessness and other problems like drug abuse.

In the pictures, the homeless carry a sign with the acronym WAGMI--We are All Going to Make It. It is a well-known cryptocurrency and NFT expression but in that world refers to making money.  According to campaign organiizors the expression's use in the campaign is designed to spread a message of hope.
The campaign is tied to World Homeless Day, October 10 when a social media campaign will kick off with NFT and cryptocurrency influencers and Web3 Media.
See more about the project here.
cause-related, nft, san francisco
Next story loading