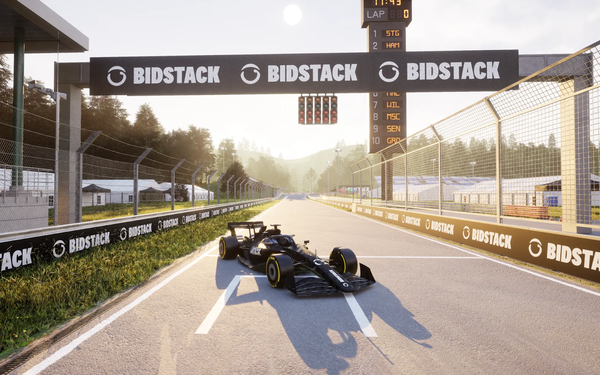 Weeks after hiring Chief Revenue Officer Jude O’Connor to expand its U.S. operations, in-game advertising platform Bidstack has raised a total of $11 million in a new round of funding, bringing the company’s total funding to $42 million -- the most raised for any in-game advertising company to date.

Bidstack’s latest funding round includes a $6 million strategic investment from digital cybersecurity platform Irdeto, which controls a suite of software products used by a majority of leading console, PC, and mobile titles.

This is Bidstack’s first strategic investment, as Irdeto aims to create a synergy between its products and Bidstack’s developer and publisher network -- which includes Codemaster and Take-Two Interactive -- along with the company’s ad formats which now include rewarded video in addition to in-game and in-menu.

Bidstack has created in-game campaigns for Marriott Bonvoy, Paco Rabanne, Doritos, and more. The company has 80 staff across five international locations and is eager to use this funding to fuel its U.S. growth strategy, according to a recent statement.

“Irdeto's positioning across the gaming and entertainment space will lead to many opportunities for our two companies to collaborate going forward, as strategic partners,” says James Draper, founder and CEO at Bidstack.

Globally, the in-game advertising market is projected to grow at a CAGR of 11% to 2030 from its current estimated valuation of $7.6 billion. This figure represents just under 1% of the$850 billion global advertising market, despite more than three billion people playing games on a daily basis.