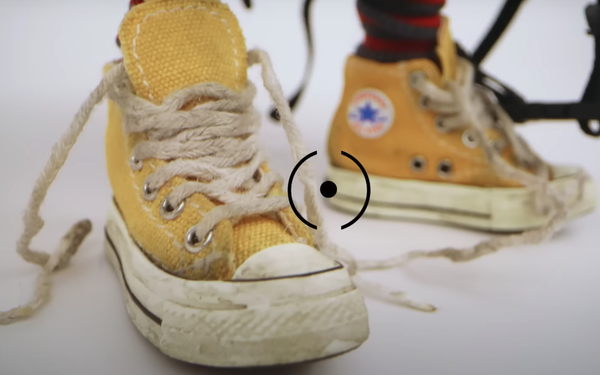 Teens’ favorite brands–always in flux–reflect shifts in disposable income, fashion trends and current events. While Nike remains tops in both footwear and apparel in Piper Sandler’s latest “Taking Stock With Teens” survey, Converse is surging, as is Hey Dude.

There’s also a reshuffling of Gen Z passion points, with the environment and abortion emerging as the two issues they care most about, followed by racial equality. Gun control climbs from No. 19 to No. 9.

Self-reported spending rose 3% to $2,331, compared to last year’s results, but declined 2% since the spring survey. And parents are kicking in a little more -- 61% compared to 60%.

Girls are driving the increase, spending  10% more on clothing than they did last year, and 7% more in footwear. Beauty is taking a larger share of their spending, at 28%, a 20% gain from last year.

More girls say they are wearing make-up every day, and about two-thirds use a fragrance product daily. E.L.F. continues to be the top make-up brand, with Bath & Body Works leading as the place to find fragrance. But skincare still gets the most purchase money, at $103, followed by cosmetics at $96 and haircare at $91.

In footwear -- one of the categories that matter most to kids in terms of style -- Nike reigns as the favorite. It commands 31% of all apparel purchases and 60% of footwear.

Converse, owned by Nike, remains in the No. 2 spot, but with significant increases in mindshare -- at the expense of Adidas and Vans. Crocs rose from No. 6 to No. 5. And Hey Dude jumps to No. 7 from No. 9.

Under Armour has fallen out of the Top 10.

In apparel, lululemon is No. 2, followed by American Eagle, H&M and Shein.

The investment bank has been tracking teen brand favorites twice a year for 22 years. The survey looks at discretionary spending trends and brand preferences among 14,500 teens, with an average age of 15.8 years.