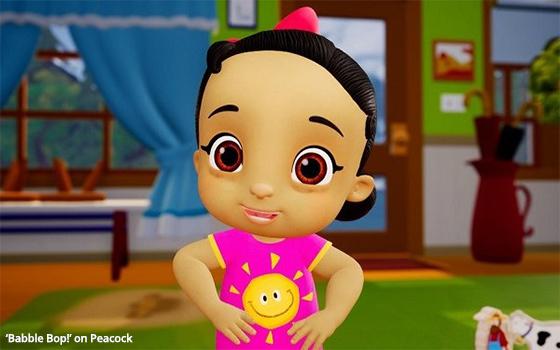 In the NBCU vs. The Wall Street Journal dust-up over the Journal’s story on October 18 about streaming services facing challenges as they develop their ad-supported platforms, the WSJ won the war of the word count.

The WSJ story, bylined by Suzanne Vranica, weighed in at 1,450 words. NBCUniversal’s response from Krishan Bhatia, president and chief business officer of advertising and partnerships for NBCU, was 1,112 words in length.

Where the long experience of the TV Blog is concerned, the NBCU response was extraordinary. A response this lengthy and in written form is rare.

Even a well-considered letter for publication in the Letters section of the Journal would not have been anywhere near this long.

When thinking about this TV Blog, a question occurred to me: Don’t network executives or their media representatives simply call up journalists and yell at them anymore?

This was how network displeasure was once customarily expressed. And then, within a few weeks, a jovial, three-hour lunch would be held, and all would be forgotten.

An old adage in the news business holds that the louder they yell, the truer the story was. It is possible that this adage might be applied here to the response bylined by Krishan Bhatia.

On the other hand -- and this is important -- the tone of the Bhatia piece was anything but ill-tempered. It did not yell.

Instead, it laid out what the company objected to in the WSJ story, and then went on to tell a positive story from its own point of view about the way ad-supported streaming is being developed in this new and burgeoning sector.

The WSJ story was headlined “Netflix and Other Streaming Platforms Are Embracing Ads -- But Will the Advertisers Love Them Back?” and then the subhead: “Improvements are needed to make sure the same ad doesn’t appear too often and to ensure the TV is on when ads are shown, experts say.” The “other streaming platforms” included NBCU’s Peacock.

When you boil it all down, the bone of contention seems to be the use of one word -- “rife” -- in the story’s first sentence.

“Marketers are excited that more streaming platforms are embracing advertising,” the sentence said, “but they say running ads on streaming services remains rife with challenges.”

The Bhatia piece does not deny that the ad-supported streaming business has challenges. But “rife” with them? No way, insists his blog post.

The NBCU response to the WSJ story came in the form of a blog posted on Monday (October 24) on together.nbcuni.com, a website the company maintains to promote its advertising business and related activities and innovations.

“Last week I read a Wall Street Journal article on streaming ad innovation,” Bhatia wrote to start off the blog. “In it, I was glad to see experts and partners like Kelly Metz and Adam Gerber outlining the specific challenges faced by some streamers, especially those new to advertising -- transparency, measurement, consumer experience, frequency capping."

“But,” he wrote, “the article’s first sentence -- implying that all of ad-supported streaming ‘remains rife with challenges’ couldn’t be further from the truth.”

However, emphasizing problems is the business of journalism. That’s what journalists do. It has always been this way.

As mentioned by Bhatia, commentary on the state of ad-supported streaming’s development was included at length in the WSJ piece -- first from Kelly Metz, managing director of advanced TV at Omnicom Media Group, and Adam Gerber, executive director of U.S. investment strategy for GroupM.

They didn’t yell either. To me, they laid out a lot of food for thought on the subject of how to bring the streaming world into alignment with the advertising world in a way that helps them both live together and prosper.

The Bhatia blog basically says that at least where NBCU is concerned, they are working on these issues. The headline on his blog urges the blog’s readers to “celebrate” this progress, but that seems a little premature.

Suffice it to say that NBCU’s reaction to this WSJ story is not babble bop -- a phrase chosen here, and in the headline above, simply because it happens to be the name of an animated kids’ show, “Babble Bop” (pictured above), on Peacock.

The company had every right to use one of its own platforms -- in this case, one of its business websites -- to tell its own story. But here is another adage about published stories and the temptation to clarify or correct them.

Reacting to such stories merely serves to draw more attention to them. Speaking for myself, if not for NBCU’s reaction to this WSJ story, this TV Blog on this very subject would not have been possible.