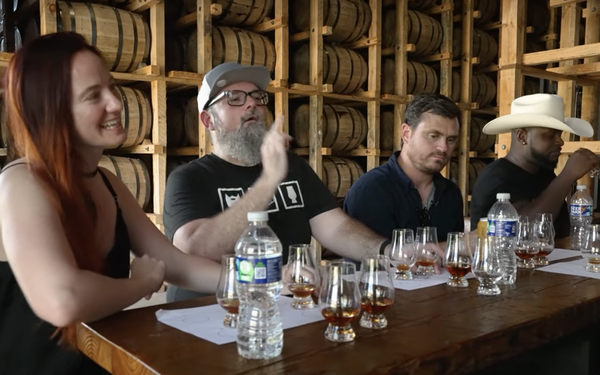 Instead of paying social influencers to promote a standard product, Sagamore Spirit decided to let four of them decide what the product should taste like to produce a limited offering.

The effort came together under the banner of Sagamore Spirit Creator’s Cask, with the end product available for sale exclusively on the ReserveBar online platform.

As seen in this video by TheEducatedBarFly, the quartet came together at Sagamore Spirit’s distillery in Baltimore to collaborate on the choice of one barrel that would be used for approximately 200 bottles of whiskey bearing the influencers’ signatures.

One challenge was the differing taste preferences of the four influencers.

“They come from different places in the whiskey world,” says Stephens. “Bringing their audiences and points of view together to create a single product we thought would create not just a product, but a conversation their audiences would enjoy.”

The influencers are driving traffic to ReserveBar, where the new offering became available last week, providing a means of measuring results of the program.

“We thought that was the best way that anyone in their audience can have access to the product.”