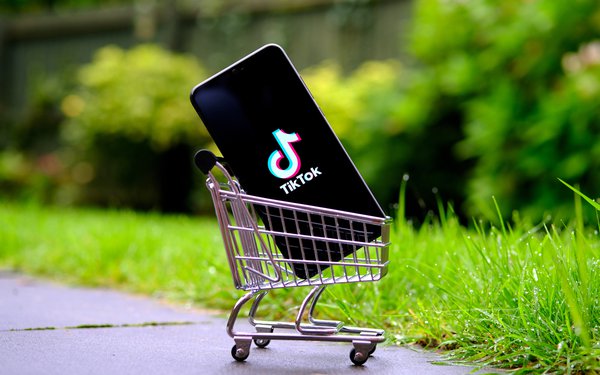 TikTok Shop has debuted in the United States to give sellers a place to reach consumers, and consumers a place to make purchases through ecommerce. The feature previously was only available in the UK and several countries in Southeast Asia.

To participate in the initiative, for now, requires an invitation. Some invites have been offered to select U.S. businesses.

Users can now make purchases directly through the app using the feature. TikTok, which is owned by the Chinese social media giant ByteDance, told international merchants they will eventually be allowed to start using TikTok Shop.

“We've seen the positive impact of TikTok Shop, and we're excited to continue experimenting with this new commerce opportunity to support businesses of all sizes,” a TikTok spokesperson told media outlet Semafor.

TikTok’s American ecommerce ambitions are part of a wider company initiative referred to internally as “Project Aquaman,” according to Semafor. “The goal is to import a version of China’s $400 billion livestream shopping industry to the U.S., where the format is still largely synonymous with television networks like QVC,” Semafor reported.

The Financial Times reports that TikTok is restructuring its U.S. business. North America general manager Sandie Hawkins will reportedly oversee TikTok Shop in the U.S. as part of the change. Commerce is a critical piece of the Chinese version of TikTok, called “Douyin,” which generates the majority of its revenue from in-stream sales.

Still, the company faces challenges. This week, Brendan Carr, a Federal Communications Commission member, said TikTok should be banned in the U.S.

“I don’t believe there is a path forward to anything other than a ban,” Carr told Bloomberg. “There isn’t a world in which you could come up with sufficient protection on the data that you could have sufficient confidence that it’s not finding its way back into the hands of the [Chinese government].”