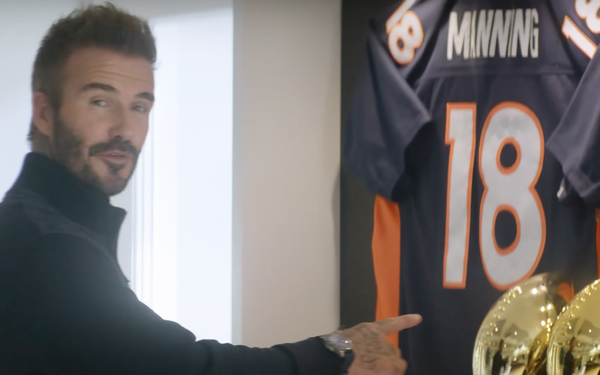 Does the FIFA World Cup involve football or soccer?

They are hardly alone in the contentious discussion about one of the sports world’s oldest debates.

As this 2:30 spot from Frito-Lay’s internal agency opens, Manning and Beckham munch on Doritos and Lay’s potato chips as Manning explains “Soccer is a round ball. Football is an oval ball.”

When the ref disagrees, Hamm asks, “Have you won two World Cups?”

To which the ref retorts, “Do I look like I’ve won two World Cups?”

To engage with fans during select World Cup games, viewers following Lays and Doritos on Instagram can compete to win those snacks the first time a referee pulls either a yellow or red card on the field.

Hosted by Qatar, FIFA World Cup 2022 begins on Sunday with a match between the Qatar and Ecuador teams.