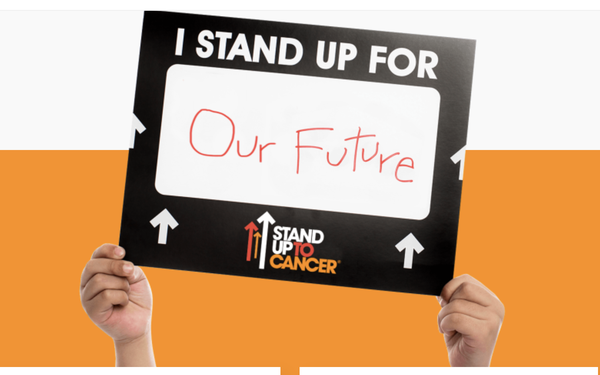 Jazz Pharmaceuticals has teamed with nonprofit Stand Up to Cancer (SU2C) on a radio PSA campaign designed to increase awareness of, and screenings for, small cell lung cancer (SCLC) among Blacks and Hispanics. Outlets already confirmed for the campaign include the American Urban, BizTalk Radio and Aire Radio networks.

The organization notes that Black Americans are 18% less likely, and Latinos 16% less likely, to be diagnosed early for SCLC compared to white Americans.

“At first glance, Terence and Shanaya have nothing in common,” says the narrator of the longer English-language spot. “Terence is a musician. He’s constantly traveling. He’s 32 years old, single, with no kids,. He started smoking when he was 16. Shanaya, on the other hand, just turned 45. She owns a coffee shop. She’s married with two kids and has never smoked.”

The spot goes on to encourage listeners to learn more about screening options from their doctor, and to visit StandUpToCancer.org/Lung for more info.

Jazz Pharmaceuticals has also recently gotten involved with SU2C through three Catalyst research projects, which aim to decrease disparities in cancer care as part of the nonprofit’s health equity initiative.

One of the projects will explore the safety and efficacy of Jazz’s Zepzelca in adolescent and young adult Ewing sarcomas.

In its third quarter earnings report released last week, Jazz noted that Zepzelca “continues to be the treatment of choice in the second-line SCLC setting, a position established after only 18 months on the market.” The company is also involved in an ongoing Phase 3 trial supported by Roche to evaluate Zepzelca in combination with Tecentriq for first-line extensive-stage SCLC,  Rob Iannone, M.D., Jazz’ global head of research and development, said during an earnings call with analysts.

Another Catalyst project aims to identify which existing targeted therapeutic.agents can be combined with Jazz’s in-development JZP815 compound to improve outcomes for patients with KRAS-mutated non-small cell lung cancer. In its earnings report, Jazz noted that the first patient had been enrolled in a Phase 1 clinical trial of the drug.