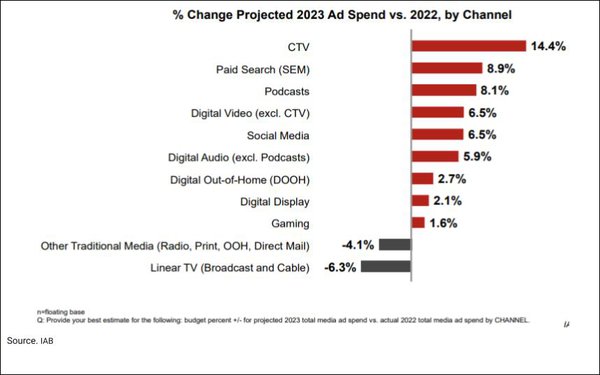 Amid an overall slowdown in advertising spending in 2023, connected TV is expected to see 14.4% year-over-year growth — the highest rate of any medium — while linear TV spending is expected to decline by 6.3% , according to the Interactive Advertising Bureau’s 2023 outlook report, based on a survey of 223 brand and agency investment decision executives fielded between Oct. 18 and Nov. 7.

The contrasting projections sync with viewership trends: According to Nielsen, streaming viewership surpassed cable TV’s for the first time as of this past July. 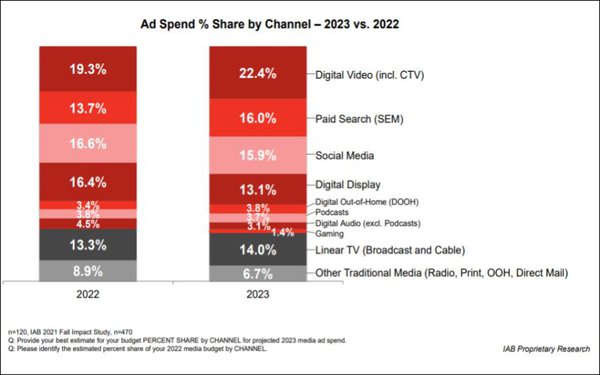 Also reflecting streaming’s growing influence, buyers’ most-cited area of focus for 2023 is cross-platform measurement, with 55% saying that will give this factor significant/somewhat more focus in the year ahead. 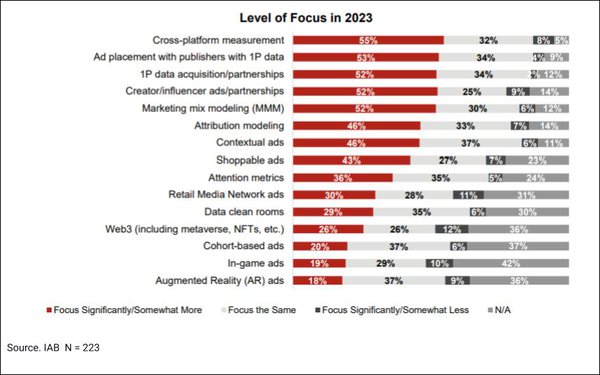 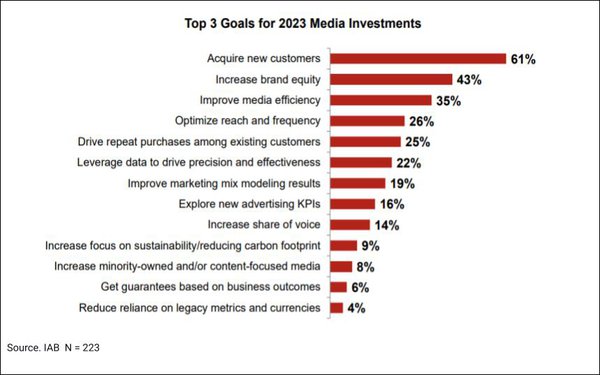 Two-thirds of buyers (63%) say that they will be evaluating and reforecasting media buys more frequently next year, 19% say they now have contingency plans, and 13% say they are no longer budgeting for the long term. But nearly a quarter (23%) report that their media-buying practices will not change in the year ahead.