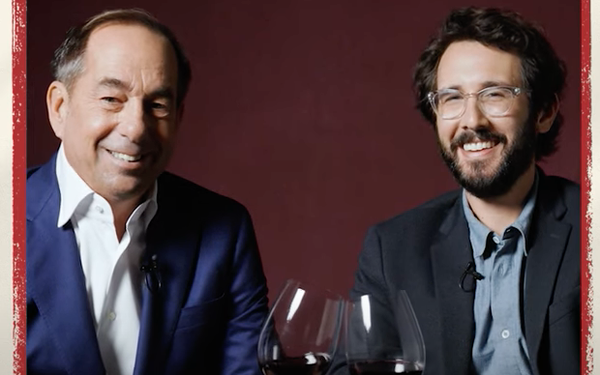 Singer Josh Groban might be the most famous Josh around, but he isn’t the only one helping premium wine brand Josh Cellars support communities and charities.

Among the beneficiaries of the company’s multi-month initiative—called Joshgiving—are the charitable organizations Sing For Hope and Pups4Patriots.

As seen in this video, Josh Cellars has collaborated with various Joshes around the country to support local causes.

According to company founder Joseph Carr, Groban “seemed like a perfect fit” to partner with for Joshgiving.

“First, he’s a Josh, and second he has the same values that we have in terms of giving and being part of communities,” Carr tells Marketing Daily.

Thirdly is the vocal star’s affinity for wine.

“I didn’t realize how much he likes wine. We text each other like every other day. He picks my brain,” says Carr.

Founded by opera singers Monica Yunus and Camille Zamora to assist New York artists, Sing For Hope will receive $100,000 from Josh Cellars along with a custom-designed piano for “a community in need.”

In the walkup to Thanksgiving, Josh Cellars will choose three local charities for donations based on what people recommend in posts via @joshcellars on Instagram.

Through the end of the month, the company will donate $1 for every bottle purchased on its website for a maximum contribution of $25,000 to Pups4Patriots

“They rescue shelter dogs, train them and give them to vets for emotional companions,” says Carr—whose father, Josh, was a military veteran.