For Broadcast Networks, The Midseason Beat Goes On 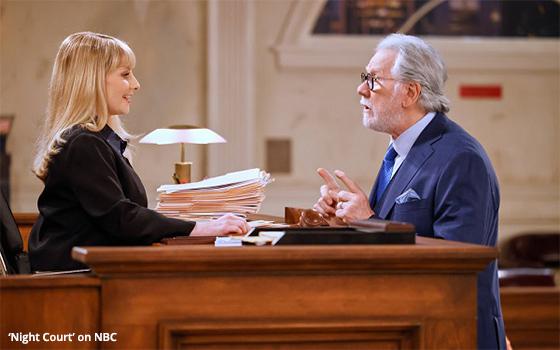 A revival of an old sitcom, a network switch for an old drama and a new/old word game are among the not-so-newbies coming to network TV in the upcoming 2023 midseason.

Fox has one new comedy, two dramas and one unscripted show. ABC has one comedy and two dramas.

NBC has a new comedy -- but it is really an old one -- plus two new dramas, one of which is an old one too. Explanation to come.

CBS has a new drama based on an old movie and the aforementioned new/old game show. This one is “Lingo,” a word-guessing game that first came to TV in 1987. RuPaul hosts the new one starting January 11.

Fox’s dramas are “Accused” and “Alert.” “Accused” features a new story of crime and punishment in each of its 15 episodes. The show is from Howard Gordon, co-creator of “Homeland” and showrunner on “24.” “Accused” starts January 22.

“Alert” has Scott Caan working as a detective in a special Missing Persons Unit in the Philadelphia Police Department. “Alert” premieres on January 8.

NBC has a missing-persons drama too coming up February 19. This one is called “Found.” NBC has also found a way to reboot “Night Court,” the old sitcom that ran on NBC from 1984 to 1992.

John Larroquette, now 75, is back from the original, but this time around Melissa Rauch of “The Big Bang Theory” is the “Night Court” judge (both are seen in the photo above). Original judge Harry Anderson died in 2018. The new “Night Court” premieres January 17.

CBS revived the show in 2018, but canceled it last season. But it now lives again, thanks to NBC, which picked up the more-recent “Magnum” after CBS dropped it. The show premieres on NBC on February 19.

ABC has a new comedy about obituaries, a detective drama and a heist drama. The comedy is called “Not Dead Yet,” premiering February 8.

The detective drama is called “Will Trent,” premiering January 3, and the heist drama is “The Company You Keep,” premiering February 19.