Country Mouse Without Nearby Doc? Check Out Your Local Retail Giant 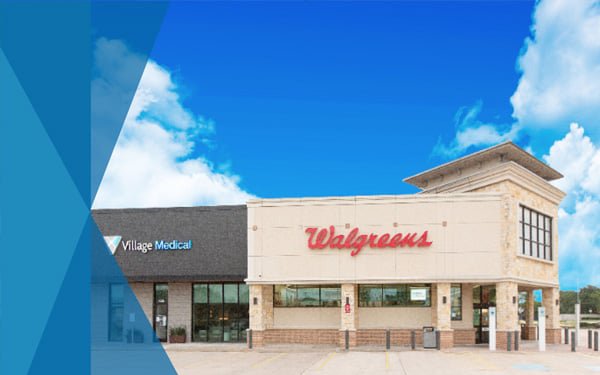 As a New York City dweller, I technically (depending on my insurance, of course) have my choice of medical centers for almost every health need.

After writing last Thursday’s column, which noted that Dollar General stores were expanding their OTC offerings to better serve rural “health deserts,” I learned that, while the fourth Thursday of November is that well-known national holiday, the third Thursday marks National Rural Health Day.

The National Organization of State Offices of Rural Health (NOSORH) has set aside this day since 2010 to “showcase the efforts of rural healthcare providers, organizations and cooperatives… and stakeholders from various industry sectors.”

In proclaiming National Rural Health Day last week, President Biden noted, that “for too long, rural hospitals and clinics have been closing, resulting in trauma patients in rural areas often needing to travel twice as far for care and experiencing a higher rate of fatality compared to Americans living in urban areas.”

So where do Walmart and Walgreen’s come in?

No, neither the NOSORH nor President Biden mention them.

After filing my column, though, I spent the rest of National Rural Health Day viewing sessions from the mammoth HLTH conference in Las Vegas. And there I found the big retailers taking their place in the healthcare ecosystem.

“Healthcare is broken,” declared Cheryl Pegus, executive vice president of health and wellness at Walmart.  “We should stop telling people who are coming in to help, including Walmarts and other companies, that [we] need to stay out.”

She claimed, “If Walmart and the other retail pharmacies had not stepped up during the pandemic [with vaccines and tests], we’d still be in a pandemic."

About 4,000 of Walmart’s 5,100 stores are in “medically underserved areas, almost all of them in rural areas,” Pegus explained.  And 90% of the U.S. population is located within 10 miles of a Walmart, the company says.

“We’ve taken a focus on how do we get care to rural America,” she continued. “For many of these towns, Walmart is what’s there. It’s where they get their food, where they get everything else."

Walmart’s model is to train staffers for free to become community health workers as part of a team-based care operation. “Primary care is not just 15 minutes with a doctor, it’s a CHW helping to get fresh fruit to you home and delivering it, it’s getting dental and behavioral health,” Pegus said,

At present, she revealed, 35 of Walmart’s stores now have Walmart Health clinics set up on this model, and in three years, there will be hundreds. “In Florida alone, in the next couple of months, we’re adding in 17.”

A key to working with consumers in rural areas is listening to them, Pegus said.  For instance, “We ask, 'Would you rather be seen at 6 o’clock in the evening on a Sunday?’ Let us design it so it’s easier to get your healthcare."

Ramita Tandon of Walgreens recalled how important it was to do “active listening, understand the community and then deploy the right tactic to be able to get people to get shots in the arms. That same level of approach needs to be taken with clinical trials.”

Yes, Walgreens not only does such trials on behalf of pharma companies, but even has a chief clinical trials officer. Tandon has that title, and she spoke on a HLTH panel cleverly titled “Clinical Trials and Tribulations.”

Clinical trials, you see, are an important part of the healthcare ecosystem, but as Tandon noted, less than 5% of Americans participate in them, and of that population, 75% are white. “We’ve got to get into the communities,” she said. “We need clinical trials to be viewed as a care option across this nation.”

Enter Walgreens, which has 9,000 stores in the U.S., with 75% of the population within six miles of one -- and many of them in the deep south or the rural Midwest, or as the retailer calls them, the “medical care deserts.”

The same approach that resulted in retailers administrating 270 million COVID vaccinations across the U.S. -- “grassroots, community-level activities“ -- needs to be taken with clinical trials, Tandon said.

“We are creating healthcare destinations across our footprint,” providing such services as screenings, diagnostics and blood work, she said, and also “leveraging those footprints to become clinical trial centers.”

So next time I step into my local CVS, Rite-Aid, or -- even here in the city -- Walgreen’s, to get a flu shot or COVID booster, I’ll know that this fairly recent expansion of pharmacy services is just the tip of an iceberg compared to what’s happening in the vast hinterlands -- and the changing world of healthcare.