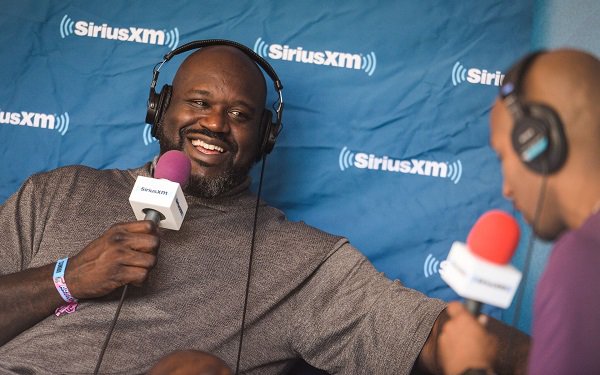 Charles Barkley likes to refer to Shaquille O’Neal, one of his halftime “teammates” on TNT’s NBA telecasts, as “the world’s biggest human.”

As a physical description, Sir Charles might be close to the truth. But worldwide substantiation is likely impossible. Shaq is 7’1” and is said to be 325 pounds.

However, Shaq, 50, is a big presence on TV, most recently as the subject of a new four-part documentary about his life and career that premiered on HBO earlier this month.

The doc is simply titled “Shaq,” which is appropriate because this word of only four letters is one of the best-known names on the planet Earth.

The title needs no embellishment or additional phrasing such as “Shaq: The Story of A Giant” or some such.

The documentary, consisting of four one-hour parts, comes out of the HBO Sports Documentary unit. It is directed by Robert Alexander and produced by Peter Berg’s production company, Film 45.

The doc premiered on HBO with Episode One on Wednesday, November 23, with subsequent parts dropping each week on subsequent Wednesdays. For example, Part Three comes next Wednesday.

Each new episode is available via streaming on HBO Max, where the entire documentary will reside after it is rolled out on HBO.

“Shaq” is the most comprehensive telling of the Shaquille O’Neal story to date. It starts with his early life in Newark, New Jersey, and subsequently in Georgia; his basketball careers in high school and college (LSU); and his many triumphs as a professional.

Shaq is one of the interview subjects and by all appearances he agreed to practice candor and honesty when it comes to talking about his life and career. As a result, it is very much a warts-and-all documentary.

In this way, it differs from “The Shaq Life,” his reality series that was as shallow as “Shaq” is deep. “The Shaq Life” premiered in April 2020 on TNT and returned for a second season last December. By all accounts, the show was enormously popular.

TNT is, of course, where Shaq is a star attraction on the aforementioned halftime show of TNT’s NBA games. These halftime shows featuring Shaq, Sir Charles, Kenny Smith and Ernie Johnson are probably the most entertaining halftime shows in any televised U.S. sport.

TNT, HBO and HBO Max all come under the Warner Bros. Discovery umbrella. As a member of the WBD family, Shaq is conspicuous indeed.

From conspicuous to ubiquitous, Shaq is possibly the most visible brand spokesman in TV commercials today.

The brands he works for include: Papa John’s (where he is a member of the company’s board), Icy Hot pain relief products, Epson printers, The General insurance, GF-9 (hormone supplement) and more.

For this and other obvious reasons, Shaquille O’Neal is hard to miss.