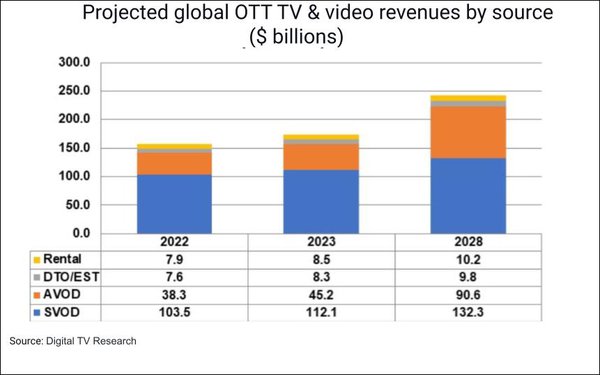 Global rental and download-to-own/electronic sell-through (DTO/EST) revenues are each forecast to rise by 29% between 2022 and 2028, to reach $10.2 billion and $9.8 billion, respectively.