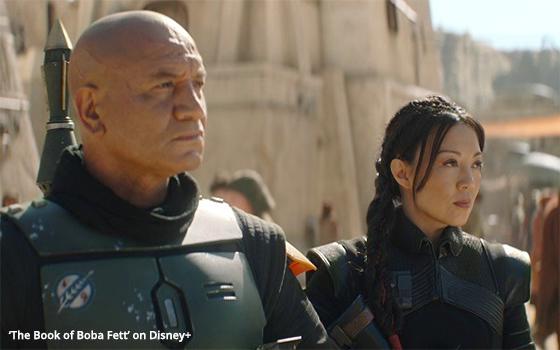 When you get right down to it, the arithmetic seems pretty simple, at least to a lay TV blogger: The billion-dollar investments that the streaming companies have been making annually to create content are far exceeding desired profit margins, or resulting in little or no profit at all.

As a result, the majors are cutting costs and turning their attention to other priorities. For Disney under newly returned CEO Bob Iger, this seems to mean shoring up Disney’s other businesses, most notably its theme park business. Streaming might still be a priority, but first? Maybe not anymore.

At Warner Bros. Discovery, the behemoth created earlier this year from the merger of Discovery Inc. and WarnerMedia, production has halted on expensive movies and releases canceled, and layoffs are hitting units such as CNN.

This was certainly not the outcome that the major TV companies foresaw when they dove whole hog into streaming and then declared that this new business would be their top priority from then on.

“Streaming first” became the bywords for the majors, especially when a worldwide pandemic led to mass lockdowns and millions of potential subscribers were homebound with little else to do but watch TV.

Movie theaters stood empty as consumers of film and video content became accustomed to staying home for much the same entertainment experience they used to have in movie theaters but at much lower prices.

The TV biz had never before seen such a captive audience and the streaming companies must have thought they had struck a gold mine.

They apparently felt also that if and when the lockdowns ended and people began venturing outdoors, the new home-viewing habits would by then be so ingrained that the future of their streaming businesses was assured.

They all started up streaming businesses with no long-time experience in that business. The only strategy they could observe was the one Netflix had used for years to stay at the top of the streaming totem pole -- namely, spend and spend and spend like there is no tomorrow.

“Always be producing” became the mantra for everybody. The goal was content tonnage -- quantity and only sometimes quality. What they all found was that streaming is a beast, and it needs to be continuously fed.

Now there are signs that the business is struggling, or perhaps the better word is “matured”-- or more to the point, saturated.

Where can new growth come from now? Typical households now subscribe to multiple services, but how much TV can a typical family watch?

And another question: How do the billions of dollars in content creation translate into profits? I read this week this week that one Disney+ series -- just one -- “The Book of Boba Fett” (pictured above) cost an estimated $15 million per episode to produce, the same as its “Star Wars” universe companion series “The Mandalorian.”

Even if you take into account the obvious appeal of such shows to “Star Wars” fanatics, do these expenditures really draw subscriptions in sufficient number for the shows to pay off?

In an appearance earlier this month at a New York Times media conference, Ben Affleck characterized the Netflix approach to making movies as “an assembly line” that prioritizes quantity over quality.

He posed a question to Netflix. “How [is Netflix] going to make 50 great movies a year? How is that possible? … You just can’t do it.”

Once upon a time, the TV business attempted to make just enough shows so they could profit from the ratio of production costs to revenue from ad sales.

The streamers are now getting into that very business. In adapting to the ad business, will they change the way they make shows?

And speaking of saturated, where is all of this new ad money supposed to come from anyway?