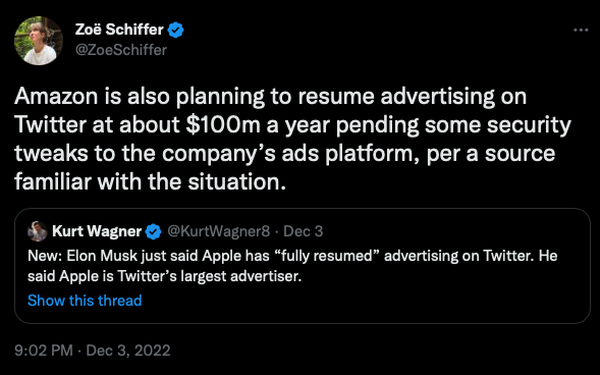 Amazon plans to start advertising on Twitter again, agreeing to spend about $100 million a year after it resolves “some security tweaks” to the company’s ads platform, according to a tweet by Platformer journalist Zoë Schiffer.

The news came one day after Apple -- which does not advertise on Instagram or Facebook -- confirmed its continuing ad spend on the microblogging platform, despite Musk’s tweet from last week claiming that “Apple has mostly stopped advertising on Twitter.”

According to The New York Times, Apple paused its ads on Twitter not because of an issue with “free speech in America,” as Musk publicly declared, but due to a recent shooting at an LGTBQ nightclub in Colorado Springs, fearful that the company's promotions would appear alongside news about the tragedy.

According to an analysis by advertising intelligence company MediaRadar, Apple's ad investment in Twitter represents most of its social advertising spend (84%) overall.

In May, weeks after Musk’s acquisition of Twitter began and five months before it concluded, the social network had 3,980 advertisers on the platform.

By October, it had only 2,315 advertisers, after half of its top 100 advertisers pulled their spending in response to the news of Musk’s takeover.

These advertisers spent a collective $750 million on Twitter ads this year already and have made up almost $2 billion of the company’s ad revenue since 2020.

Schiffer also tweeted about Twitter offering incentives to top advertisers to counteract a loss of revenue, citing a source that said Twitter will match any advertiser spending over $500,000.

Three sources told the Times that as of November 20, Twitter’s ad revenue was 80% below expectations. 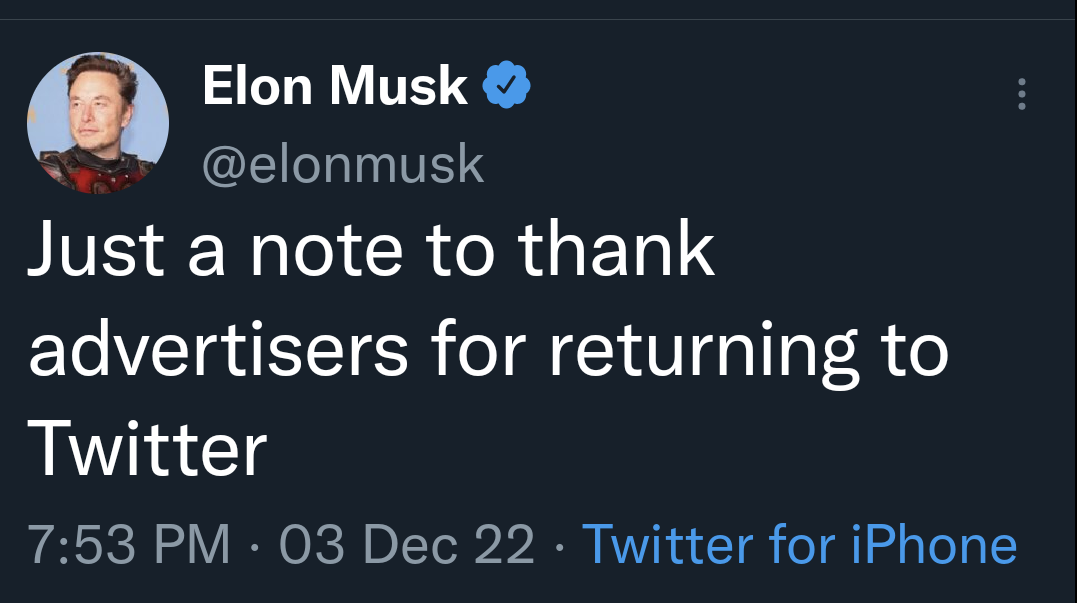