For Growth Amid Uncertainty, Lowe's Focuses On Boomers, Millennials, Pros 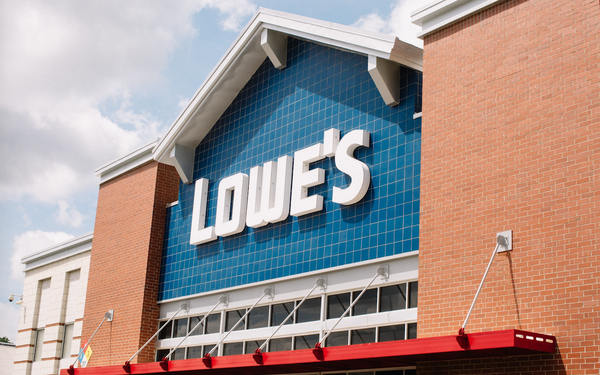 To protect itself from an uncertain housing market, Lowe’s is zeroing in on millennial parents and baby boomers. It’s also expanding its retail advertising offer as it leans into five core areas -- and new levels of economic scenario planning.

At its annual investor event, the Mooresville, North Carolina-based retailer detailed progress on its transformation effort, called Total Home. The company also gave analysts more insight into how it thinks a slowing economy may impact its plans.

“We are building on our momentum with the next chapter of our Total Home strategy, designed to enhance our omnichannel capabilities and position Lowe’s as a one-stop shop for DIY and pro customers to get everything they need,” said Marvin R. Ellison, chairman, president and CEO, in an announcement outlining the plans.

That includes focusing on five primary areas: speeding up online business, expanding installation services for the “do-it-for-me” customer, driving localization, improving product assortment, and deepening the penetration of its pro offers aimed at contractors and other tradespeople.

And given the country's economic uncertainty -- especially for housing -- Lowe's is teeing up three strategies to accommodate multiple scenarios: robust, moderate and weak.

The U.S. home improvement market, estimated at $1 trillion yearly, is highly fragmented. It breaks in half, with sales to pro customers and consumers each at about 50%.

For Lowe’s, that split is 75% consumer, and it’s made raising the share of pro purchases part of its growth strategy.

The company also outlined the many trends it believes are working in favor of DIY sales. America’s housing stock is aging -- with about 50% past their 40th birthday -- so homes need more work. About 250,000 millennials are expected to buy their first homes through 2025, and baby boomers are reconfiguring homes to age in place. And home-owner equity has soared to an average of $330,000. And even with hybrid work models, consumers are still working at home more, requiring modifications.

Lowe's is also polishing up its offers to advertisers, which it calls Lowe’s One Roof Media Network, with social media and omnichannel buys.

For the full year, Lowe’s expects total sales of between $97 billion to $98 billion.

While the presentation encouraged many investors, Wedbush Securities analyst Seth Basham remains on the sidelines due to housing-driven concerns in the year ahead.

“We see more downside than upside risk on the back of a plummeting housing market, unwinding of pulled-forward demand and elimination of benefits from preferential treatment by vendors in a supply-constrained environment,” he writes.