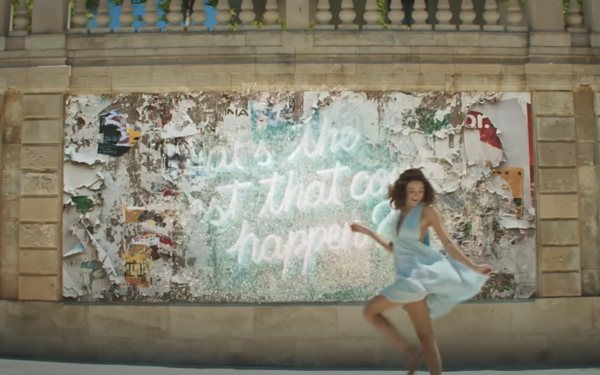 La Marca Prosecco has a new spot celebrating the Italian champagne entitled "Optimism is a Mindset."

The 60-second spot by the Marc & Gio agency is inspired by the work at Cinettá, the famed 20th-century film studio in Rome utilized by Fellini. The agency has done work for Jeep, Coca-Cola, Luxottica and Fiat.

The spot is follows a young woman through the streets of sunny Syracuse, Sicily, as the seaside town transforms into images of smiling faces, disco balls and the joy of a just-popped bottle of prosecco.

“In Italy, the end of the day is aperitivo time and it is a sacred time of day. Especially in the summer, everybody is outside. There is a certain magic when you hear those bottles pop, and we wanted to capture that,” said Marco Bellone.