AI-Generated Mint Mobile Ad Declares The Company Is .....What? 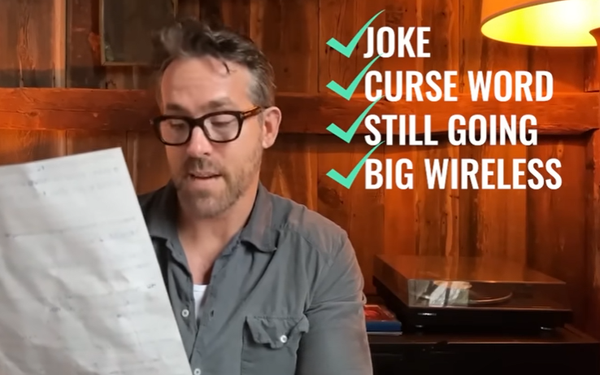 Mint Mobile and Ryan Reynolds released an ad this week that was created using ChatGPT artificial intelligence technology. The results, as Ryan put it were “mildly terrifying.”

Reynolds notes in the ad that ChatGPT was instructed to create an ad in his voice, using a joke, and a curse word with messaging that reminded viewers the company’s holiday promotion was still ongoing while larger competitors had ended theirs.

And the ad did all that and more. Have a look here.