Rent the Runway Walks A New Path With Amazon 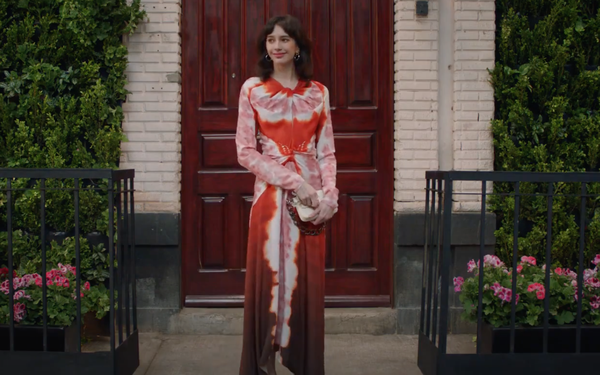 Rent the Runway has sashayed over to Amazon. And in a twist that shows the company is trying to be as versatile as a cashmere scarf, it's selling clothes there -- both the used high-end fashion items it's known for, and a collection of new clothes from its Design Collective.

The move comes as other tech-driven apparel companies are making changes, with Stitch Fix getting a new CEO and the RealReal announcing significant changes to its consignment process.

On Amazon, Rent the Runway is offering selections from 35 brands in its "Pre-Loved" merchandise, much like the apparel it already offers subscribers, a la carte renters and shoppers. Since 2020, it's also been selling clothes through a partnership with ThredUp.

But the new clothing from its Design Collective is a first for Rent The Runway, which has made its name encouraging circular fashion through used clothing. It says these limited-edition collections will stem from its proprietary data and insights. For example, there's a Peter Som Collective color-blocked sherpa coat for $495 or a Derek Lam Collective turtleneck for $395.

"Collaborating with Amazon Fashion brings Rent the Runway incredible brand awareness," said Jenn Hyman, Rent the Runway co-founder and chief executive officer, in its announcement. "We believe strategic relationships like this can ignite a new engine of growth for our business."

Rent the Runway completed the deal during its fiscal third quarter and says it contributed about $4.6 million to earnings.

The company which describes itself as the Closet in the Cloud, offers items from more than 800 designer brands.

Last month, it posted $77.4 million in third-quarter revenue, a 31% increase -- and a record. It trimmed losses to $36.1 million, a marked improvement from the $87.8 million it lost in the year-ago quarter.

Those results beat expectations. And at a moment when many apparel companies are trimming their forecasts, citing slower consumer spending, it upped its guidance.

The move comes as other tech-driven apparel companies are searching for new ways to sell used luxury items.

The RealReal just announced changes to its model, including a new consignor concierge service. Every consignor will now get a dedicated consignment concierge, reachable by text, email or phone, eliminating a significant amount of frustration.

It's also rolling out a new loyalty program that clarifies what consignors can earn -- and when.

And a new data insights center will help increase price transparency with a pricing algorithm using data from more than 28 million items sold.