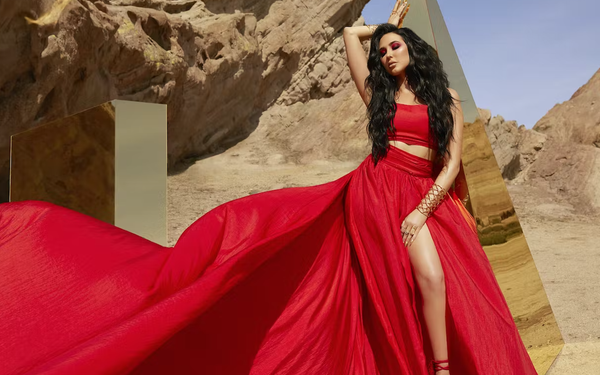 Jaclyn Hill, one of the original Morphe babes

The latest data on beauty sales is in, and experts say the category stayed strong through December, even as the holidays and inflation cut into consumers' "just for me" budgets. But while influencers have been behind some of the most popular brands, there's a growing concern that Morphe's recent bankruptcy may indicate that brands built by influencers are beginning to fade.

Based on IRI data, "most major categories accelerated on a one- and three-year basis," writes Krisztina Katai, an analyst who follows Ulta for Deutsche Bank, pointing to "solid sales growth in skincare and cosmetics despite price increases."

And while she notes a slight uptick in markdowns and promotional activity at Ulta and Target (with little change at Sephora), the sales trends point to sales gains in the mid-teens for Ulta in the fourth quarter.

While Ulta and Sephora continue to reign as two of the strongest brands in retail, there’s hints of structural changes in the way brands perform.

Morphe -- a once high-flying retailer built on the power of influencers' YouTube content -- has closed all its U.S. stores, and parent Forma Brands has filed for bankruptcy and will be taken over by lenders. It also terminated its agreement with pop star Ariana Grande's r.e.m. beauty.

Addison Rae, who made a massive splash with early TikTok stardom and launched Item Beauty in 2020, became "one of Sephora's few Gen Z–focused, influencer-led brands," reports Glamour. Now, that company is pausing its operations entirely.

Glamour also says that Selfless by Hyram, the skincare brand founded by influencer and vlogger Hyram Yarbro, is no longer available at Sephora. Yarbro tells the magazine he intends to expand the brand with new retail partnerships.