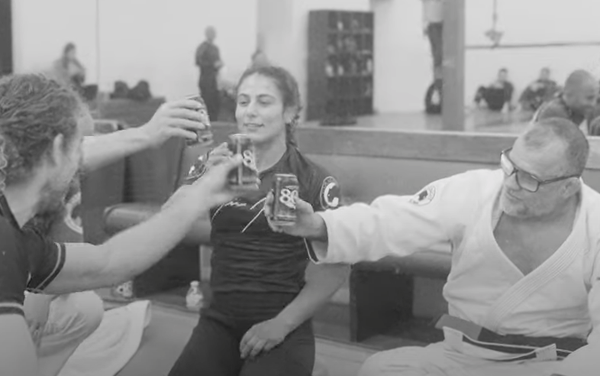 West Coast craft beer 805 has added another “authentico” to its roster of brand ambassadors, in a partnership with mixed martial arts champion Tabatha Ricci.

Ricci joins notables in surfing, skiing, bull riding and other sports who represent popular lifestyles in the three California counties of area code 805, on the state’s central coast.

Having grown up in Brazil, 27-year-old Ricci made her mixed martial arts debut at the age of 17 and now has a professional record of 7-1.

“When you look at the makeup of our customer and of the MMA community,  they sort of line up very nicely,” Dustin Hinz, CMO at 805 parent Firestone Walker Brewing Co., tells Marketing Daily.

“When we bumped into Tabatha and realized we have like-minded interests, we decided to forge a partnership.”

Created in-house, this spot provides a window into Ricci’s life and career—which began when she started training with her father at age six.

“I’ve been fortunate enough to learn from some of the most talented trainers  and coaches in the industry on the central coast,” Ricci said in a news release. “This community is my family, and 805 is my home.”

805’s “eclectic mix of athletes” has helped the brand stand for something different in the “sea of sameness” of beer as it expanded distribution to 16 states, according to Hinz.

“One of our greatest exportable commodities is the way of life here in California. We find in a lot of our other markets where we’re continuing to expand, people are really excited about the way we live life here, and there’s a lot of mutual interests.”

Just under 40% of 805 drinkers are Hispanic, according to Hinz