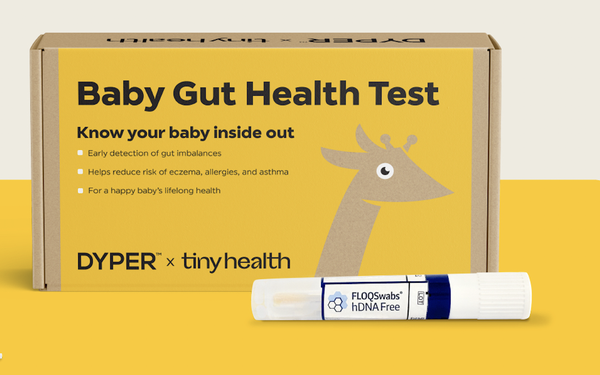 These tests can alert parents and caregivers to eczema, allergies, asthma, metabolic health, genetic predispositions, complex diseases, and even hereditary diseases, according to a statement from Dyper founder and chief executive offer Sergio Radovcic.

More tests are coming in such areas as heavy metal levels and urinary tract infections, the company says.

“There’s much more to diapering than just diapers,” Radovcic states.

In the case of Dyper Health, that extends to saliva, which is used for the DNA testing. The gut testing, meanwhile, uses one of diapering’s two main byproducts: poop.

Dyper Health will be marketed to Dyper subscribers, who pay $89 for each shipment of 204 diapers, usually on a monthly basis, a company rep tells Marketing Daily. The two lab test kits are available for $179 apiece.

Dyper Health will also take advantage of the company’s optional Redyper service, in which consumers -- via curbside pickup in 21 cities or shipping services -- return their used diapers to Dyper for disposal via composting. That’s possible because Dyper diapers are mostly plant-based, while diapers that use plastic take over 500 years to break down in landfill, the company says.

Dyper is also rolling out Byochar, which converts its used diapers and wipes into a charcoal-like substance that can be used to improve soil, assist in air and water purification, or be an additive to paints and inks.

The company, which launched in 2008, reports it has a quarter of a million subscribers.

It also markets its diapers to non-subscribers as a CPG product ($27.98 for 76 diapers) in Walmart, Amazon, Whole Foods and other retailers.