Amazon Ends Its Smile Charity Program Due To Low Impact 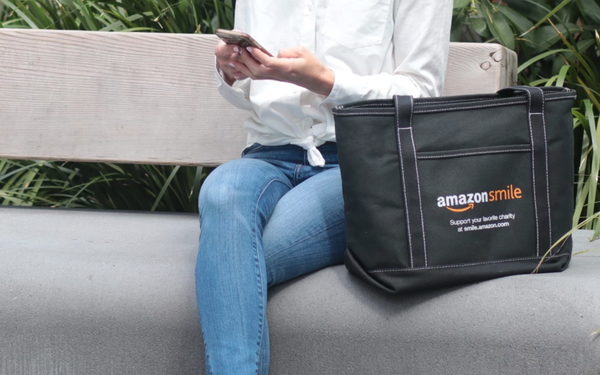 Amazon is killing off its decade-old AmazonSmile, which enabled customers to support their favorite nonprofits with tiny donations. Launched in 2013, Amazon Smile currently allows people to donate 0.5% of some purchases to their favorite causes.

But Amazon, beginning its previously announced layoffs of some 18,000 people, says the strategy never panned out. "With so many eligible organizations—more than 1 million globally—our ability to have an impact was often spread too thin," it says in an announcement sent to Smile customers.

The ecommerce giant says the program will end next month and plans to give participating groups a one-time donation, equivalent to three months of what they earned in 2022. And they can still collect additional donations through February.

Since its inception, Smile has generated some $500 million in donations. And while that's meant a lot for some bigger-name charities, the average organization reportedly got just $230.

"AmazonSmile was ill-conceived from the very beginning," says David Hessekiel, founder and president of Engage for Good, which works at the intersection of cause and commerce. "For many organizations, the juice just hasn't been worth the squeeze."

For one thing, customers had to remember to go to the AmazonSmile site. For another, while the ability to choose any charity you want offered freedom, it never allowed Amazon to build any consistent narrative about its brand.

Point-of-sale fundraising can be quite effective, Hessekiel tells Marketing Daily. "It raises money for good causes, and it can make people feel more loyal. And it can make employees feel good about where they're working."

One of his favorite examples is PetSmart, which links in-store donations to pet adoption. “It works with local shelters, with fundraising and adoption events at stores,” he says. “It's very vibrant, and it’s a cause its customers are passionate about."

Engage for Good, which is nearing the release of its latest analysis biannual "Charity Checkout Champions," cites Walmart as another winner.

The retail giant has raised more than $1 billion for the Children's Miracle Network, Hessekiel says. Walmart "works very hard to create a sense of esprit de corps, and even a little competition between stores."

Comparatively, AmazonSmile never had any cohesive stories to tell, nor did it generate much passion.

The decision to put the kibosh on the program, however, is generating heat. "The social media sphere is full of people who are absolutely livid," Hessekiel says.

Many are posting their disapproval online, often with an #AmazonFrown hashtag. They’re pointing out that organizations like the World Wildlife Fund have raised almost $4.9 million through AmazonSmile, while a popular cancer research fund in the U.K. has gotten $1.8 million.

But that’s hardly the norm. Hessekiel says he's been a member of AmazonSmile since it started, and is a heavy Amazon shopper. In all that time, his purchases have generated just $10.63 for his local synagogue. With many members also contributing, that's amounted to just $240.

Amazon says that with the closure of Smile, it will focus its giving on areas where it believes it can have the most impact. That includes $2 billion in housing equity in places where it operates, including Bellevue, Washington and Arlington, Virginia; and Amazon Future Engineer, which invests in students in underserved schools, food bank partnerships and disaster relief programs.

*Correction: An earlier version misstated the amount of Hessekiel's contribution.