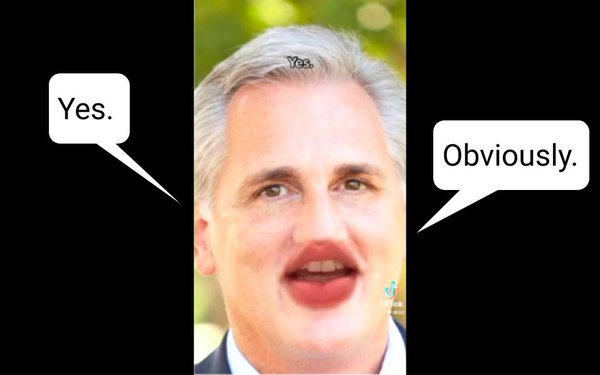 One of my favorite lowbrow comedies is Mike Judge's 2006 film "Idiocracy." And it's not just because it's hilarious, but because I believe it is prophetic.

The underlying premise is about characters waking up from suspended animation in the year 2505 only to find out that instead of evolving to become smarter, humanity devolved to become more idiotic. The rationale was based on an aspect of natural selection: smarter people were having smaller families and dumber ones, well, you get the idea. (Or maybe you don't?)

Anyway, early on during the COVID-19 pandemic, I began drafting my own sci-fi treatment for an Anti-Idiocracy, in which stupid people who rejected the science of vaccination died off in significant enough numbers that it meant smarter people inherited the earth. And I did see some news this morning indicating that might actually be happening, albeit morbidly and only marginally. So far.

"I don’t want to appear to minimize the significance of more than half a million deaths since the 2020 election (and more than a million since the start of the pandemic), but the truth is this is not a large enough number to significantly affect the American electorate," New York Times Chief Political Analyst Nate Cohn writes in today's dispatch of his "The Tilt" newsletter responding to a reader's question about whether COVID-19 deaths have tilted party affiliations.

"Let’s suppose the most extreme case: Imagine that every single post-2020 COVID death was a Trump voter in the last election. How much would the result have changed if they hadn’t voted? Well, President Biden would have won by 4.8 points instead of 4.4 points," he concluded.

He goes on to note that a "swing of four-tenths of a point isn't nothing," but implies it is not statistically significant enough to impact the outcome of the election.

Interesting, but if you follow that progression -- including multiple more pandemics and the loss of many more vaccine deniers -- how will that look by the year 2505?

That said, I'm also just back from MediaPost's 2023 Marketing Politics conference in Washington, D.C., and based on some trends I observed, I think we might actually be heading in the other direction -- what I would call "Peak Idiocracy" -- at least in terms of how candidates, parties and administrations are messaging to voters, especially the youngest ones.

Much of the breakthrough political media executions highlighted during the conference -- including a conversation I moderated with the White House's influencer-marketing team -- focused on breaking through to Gen Z via, you guessed it, TikTok.

In fact, we had an entire panel focused on TikTok executions presented by the Democratic Governors Association's (DGA) digital team, which showed a series of meme-like TikTok videos they said were among the most viewed and influential in reaching that audience. One of them from the Democratic Congressional Campaign Committee skewers the epic voting process Kevin McCarthy went through to become House Majority Leader by mashing his face up with a mouth filter rendering some hilarious dialogue from a Harry Potter movie.

"We can use it for politics," DGA Social Media Manager Emma Stein said after playing the seconds-long video.

"It's one of our favorite filters," DGA Creative Assistant Jacqueline Zegler added.

"One question that we all are wondering is what was the impact of all of this and how are we measuring it," DGA Digital Director Laura Carlson concluded, adding: "That is the challenge."

And with that, I asked them a question: "If this is how we are electing our representative leaders, do you feel like we've reached peak idiocracy in the sense that we are using mouth filters and Harry Potter memes to get their messages across?"

Clearly, it was an old guy question. And Carlson let me know that with her response.

"I don't think we shouldn't discount young voters' intelligence," she said, adding: "I think being able to have fun with the news and have fun with politics and enjoy TikTok and enjoy the platform while also engaging with issues you care about is something I wouldn't look down on. And I think more of it is better."

And after all, I ended my interview with the White House team by asking them if I could take a selfie with them.