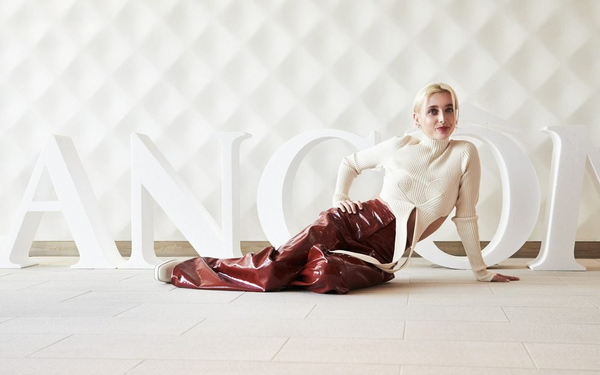 According to a recent release, Chamberlain -- “fashion icon, entrepreneur, and girl of the 21st century” -- will lead the brand's “Be Yourself Movement” via a web series, featuring discussions about self-image and how a person can be the authentic version of themselves.

Twenty-one-year-old Chamberlain became famous shortly after launching her YouTube channel at age 16, which now has almost 12 million subscribers. Chamberlain eventually won a Streamy Award for Breakout Creator, a People's Choice award, and made Forbes’ “30 Under 30” Social Media list in 2021.

Chamberlain also created her own brand, "Chamberlain Coffee," in 2020, and currently runs her own podcast called "Anything Goes with Emma Chamberlain.”

Before hiring Chamberlain, Lancôme was impressed with the content creator's consistent demonstration of an authentic version of herself, making her “stand out as a disrupter in the crowded content creator space.”

“I have always had my own notion of beauty and didn't project myself within the beauty industry because of the duality that I show, mixing comfort, with being nicely put together” said Chamberlain, adding that Lancôme's offer gelled with her ethos.

"Emma is adored by a generation for the perspectives that she shares,” says Françoise Lehmann, Lancôme's president. “We can only appreciate her authentic tone, and the humor used to discuss meaningful topics.”

Chamberlain will appear in Lancôme's web series "How do you say beauty in French," which was released earlier this month on the brand’s YouTube channel.