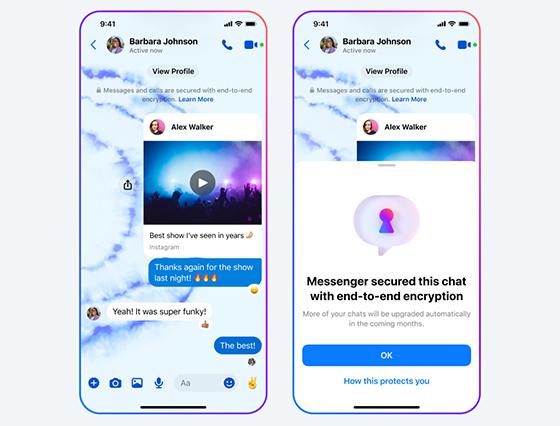 Along with new chat themes and custom emojis, Meta has begun expanding tests of default end-to-end encryption for Messenger, aiming to ensure users that their conversations on the platform are safe and secure.

The tech giant wrote in a blog post that its team of engineers, cryptologists, designers and policy experts is “committed to rolling out default end-to-end encryption” on the messaging platform.

Over the next few months, more users will be notified when their chats are upgraded with end-to-end encryption. Meta says that the selection process for those receiving a new layer of protection is completely random, so “there isn’t a negative impact on our infrastructure and people’s experience.”

Now, Meta plans to integrate full encryption with Messenger as it has with its other chat app WhatsApp.