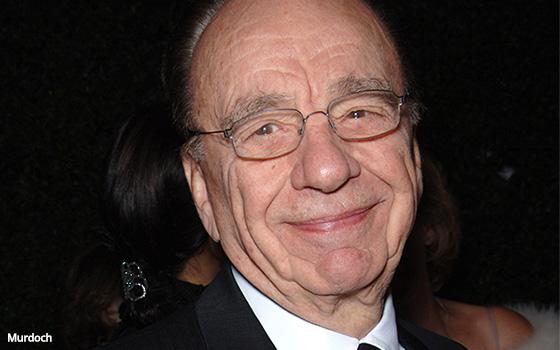 Against the backdrop of a potential recession, and a billion-dollar defamation case against its cable news channel, Fox Corp. has decided not to pursue a re-merger with News Corp. -- the largely print-based media company.

Rupert Murdoch, chairman of Fox Corp., sent a letter to the News Corp. board on Tuesday saying Fox would be withdrawing the merger plan.

A News Corp. press release said that “in withdrawing the proposal, Mr. Murdoch indicated that he and Lachlan K. Murdoch [chief executive officer of Fox] have determined that a combination is not optimal for shareholders of News Corp and Fox at this time.”

It did not elaborate.

Last October, Fox said it was looking to pursue a possible re-merger with News Corp. Analysts believe Fox has been looking to build up more cross-media content to sell to advertisers, to extend additional reach of consumers for advertisers to target.

Marketers have been concerned about declining reach -- especially among legacy TV-based companies.

In 2013, the company -- then known as 21st Century Fox -- spun off News Corp. which included Dow Jones, HarperCollins, and digital real-estate assets.

Fox makes the move now as analysts are warning about the strong probability of a recessionary economy -- one where TV and media advertising revenues are expected to see a decline for a good part of 2023.

“This has an impact on [company] valuations,” says Michael Felice, associate partner in the communications, media and technology practice of Kearney, a management consulting firm, in an email to Television News Daily.

This could be especially true for News Corp, and its main profit generator, Realtor.com. It might have a tougher time in a weak economy. “If you look at the projection for the enterprise value of Realtor.com that alone could indicate that News Corp is undervalued given [it] sits within that broader environment,” says Felice.

He adds: “Another way of looking at this is that the two entities have different content strategies and that creates some risk given that the two companies want to be nuanced in terms of their audiences – they want to attract subscribers as well as advertisers.”

For its part Fox Corp. is in the middle of a $1.6 billion lawsuit brought by Dominion Voting Systems against Fox News Channel for amplifying bogus claims about Dominion and election results said to be responsible for Donald J. Trump’s defeat in 2020.