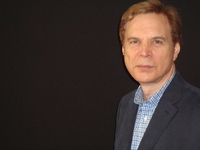 Moving from the UK to the US in the late 90s, Graeme has been at UM since 2006. At UM, his clients to include Sony, J&J, BMW and ExxonMobil. In the mid 90’s, Graeme was chairman of the UK’s Audit Bureau of Circulations where he doubled the company’s revenues in two years by developing their business press and online media auditing. At that time, he also won the Media Award for Research from the Institute of Practitioners in Advertising, the UK’s leading advertising agency industry body, for his thought leadership on how to develop media measurement. In 2010, his multivariate modeling for Sony Electronics won the Gold Award for Research from the Word of Mouth of Marketing Association’s which proved, as a first for the industry, the direct relationship between advertising and word of mouth. For this award, Graeme developed an algorithm demonstrating that the relationship between advertising and word of mouth was competitive – advertising-generated WOM is dependent both on a brand’s presence and its share of voice. In 2015, he won the Advertising Research Foundation’s Silver Award for automotive research for BMW Motorrad, the motorcycle division, where his research design, embracing both media and creative development, helped double BMW’s market share in less than 2 years. Graeme is a member of the Media Measurement Council of the American Association of Advertising Agencies, and an editorial advisor to the Internationalist, the global marketing title. Graeme’s speaking engagements this year included the ARF Summit where he co-presented on how to make ads more talkworthy.