Microsoft To Turn Bing Into Improved Search Service Via Apps 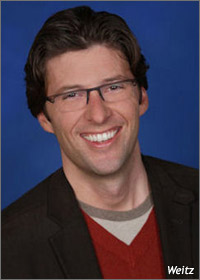 Microsoft plans to take Bing out of the search box and turn the engine into a service through applications it will launch in the coming weeks.

Searchers can find a hint of the strategy through applications running on Mango, or Windows 7.5 for mobile. Take Local Scout, for example. Today it provides a function inside Bing Maps. Opening the browser takes the user to the Bing application. The tool dubbed Local Scout relies on visual recognition. The camera on a Mango-enabled mobile phone connects with Bing without taking a photograph.

The app searches across the Web for information on the object. It queries Bing on the user's behalf, such as local businesses, events, retail stores, and other information, and brings the information back to one interface for the user to view.

The search is not initiated by the user, other than to open Local Scout and point the camera phone at a specific object. In the future, Stefan Weitz, senior director of Bing, wants the platform to consider dates and events in a mobile phone or desktop calendar.

"The app would recommend things you likely want to see to provide a much more implicit search, rather than typing into a Web browser and typing 'restaurants near Belleview' and then going back to the map," he said. Weitz said the proliferation of services continues to become the most fascinating movement in search that connects intent with actions.

Search today provides a more programmed experience, but in the future on Bing, it will happen naturally.

Bing will roll out tools in early October that redirect the consumer from making a decision based on intent to taking an action. "People don't typically think of search that way," he said, explaining that applications like Shazam require people to make a conscious effort to take an action. Forthcoming tools for Bing will match tasks that don't require users to make a deliberate effort to search on something in a box.

For the next 18 months, the Bing team will focus on connecting queries, a proxy for intent, with actions, not just information. Engineers will analyze the assumed intent of the query. A person issues an ambiguous query and the technology needs to understand what the person really means. It requires the engineers to model likely intent paths in the search algorithms and logic, along with likely tasks people try to perform through queries.

The majority will end up as some sort of transaction or purchase. A search for football tickets might return information from a "moderately ambiguous intent" on games through a service Bing partnered with called FanSnap. Google sites led the U.S. explicit core search market in September with 65.3% market share, up 0.5 percentage points, sequentially, followed by Yahoo Sites with 15.5% and Microsoft Sites with 14.7%, according to comScore.

The data firm reported that in a month, users conducted more than 17.1 billion searches, with Google Sites ranking first with 11.2 billion, followed by Yahoo Sites with 2.6 billin, and Microsoft Sites with 2.5 billion. Weitz sees this vision as the future of search on Bing and a way to differentiate the engine from Google.