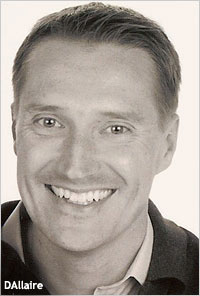 Yahoo Thursday said it would extend the deadline for requiring advertisers and agencies to obtain seats on its Right Media Exchange to buy remnant display inventory to January 11 to meet the demand for seats.

The original deadline was December 2.

The move is part of Yahoo’s broader effort to increase the value of its advertising by taking tighter control of its unsold ad inventory. Specifically, that means ad technology providers like demand-side platforms (DSPs) and retargeting companies will no longer be able to buy remnant inventory directly on the Right Media Exchange (RMX) without their clients having contracts with Yahoo.

The company’s aim is to drive more display ad sales through its direct sales force, at a higher CPM, by cutting out more of the middlemen that resell its inventory via RMX. By establishing more direct relationships with advertisers, Yahoo hopes to learn more about their ad sales needs, which will potentially lead to bigger ad buys.

To boost its ad performance, Yahoo earlier announced an ad partnership with Microsoft and AOL that allows each Web portal to sell each others unsold “premium” inventory.

“This decision to assert greater control over Yahoo! Network Plus inventory is part of our ongoing campaign to improve the overall process of buying and selling premium online display inventory and put more value into the premium content ecosystem,” stated Seth Dallaire, Yahoo’s vice president of sales, in a blog post today outlining the planned ad-buying changes.

So what are the options for DSPs? Dallaire said they could still buy remnant inventory on RMX through the Yahoo sales team, which will execute buys on their behalf. They can also buy through advertiser clients that have seats on the exchange. Advertisers and agencies, which Yahoo wants to maintain strong relations with, will still have access to unsold inventory if they already have seats. If not, they can work with the Yahoo sales force.

Agency trading desks that are fully owned by agencies will still be able to buy directly from Yahoo on a managed basis or via their own seats on RMX. What about advertisers that don’t want to buy a seat on the exchange but would rather buy through a DSP because of a smaller budget or other reason?

“We encourage all advertisers who are interested in accessing Yahoo inventory to discuss the options around setting up a seat on RMX with their Right Media and Yahoo contacts,” Dallaire told AdExchanger.com.

“Not all advertisers are the right candidates for seats on RMX, but we can offer alternatives for these advertisers to accommodate their needs," he added.

Reaction from DSPs has been mixed. TubeMogul, a DSP focused on the online video space, said many of its large clients already have their own RMX seats. “In these cases we may actually benefit as the media [billing] liability shifts from TubeMogul to the client,” said company spokesman David Burch. But he conceded there could be some “short-term pain” for clients that are scrambling to get a seat in a relatively short time frame, even with the deadline extension.

In response to complaints about short notice, Dallaire said Yahoo had meeting with various parties for some time to outline the benefits to advertisers and agencies. Yahoo itself may feel some pain in the short term if advertisers buying through DSPs decide to look elsewhere for unsold impressions and performance-based buys.

Still, Dallaire expressed confidence that Yahoo inventory would remain in “high demand.” Slowing display ad revenue growth, however, has pulled down Yahoo financial results over the last two quarters and has contributed to the more dramatic steps it has taken to reverse its fortunes including the firing of CEO Carol Bartz and subsequent efforts to field bids for all or parts of the company.

Yahoo’s third-quarter display revenue was roughly flat from a year ago at $449, while analysts had expected about a 4% gain. Interim CEO Tim Morse said during the earnings conference call that premium ad sales had increased during the quarter, but declined to comment on whether discounting of ad rates had been a factor.