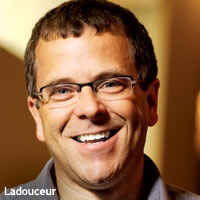 These days, it’s hard to find a retailer that doesn’t insist that social networking strengthens its connection to shoppers. Trouble is, not many feel they can measure the effect. Media Logic, which specializes in social media, recently launched the Retail Social Juice Index, a tool that measures social engagement for more than 500 brands across Facebook and Twitter.

Because it measures many elements, small companies like Yankee Candle -- with just 413,754 likes on Facebook -- can earn very high scores. Yet a brand with a huge social following, such as Victoria’s Secret -- with almost 16 million likes -- doesn’t. Marketing Daily asked Ronald Ladouceur, Media Logic’s EVP, to explain the new metric.

Q: So how does the index work?

A: The idea was to take many different elements of what happens on social networking sites and distill them all into a single, daily number, so retailers can measure their brands’ social promotion efforts and their competitors’. We also post the biggest movers each day, so people can quickly go to those brands and see what they’re doing that’s so effective. It weighs what’s happening between Facebook and Twitter effectively. We’ve been working on the algorithm for about a year.

Q: What are the components of the index?

A: Fan growth is one. But we’re also tracking other interactions between brand and consumer, including commenting on the content the brand posts, writing a wall post on their own page, and re-tweeting content.

Q: Since its launch a few weeks ago, what has surprised you most?

A: Some of the top brands. Yankee Candle Company, for example. All the previous data would have pointed us to Victoria’s Secret as a top brand. But the way people share about this company, and what scent they’re burning today, for example, really propels it in our measure of engagement. American Girl, another company that isn’t nearly as big as other chains, also has a very high level of engagement.

Q: What other brands?

A: Many of the top ones point to the number of women and moms who use social media, so brands like Bath & Body Works, Pandora and Leapfrog do really well. Another interesting one is King Arthur Flour, which comes in No. 7 on our list. It’s funny that a small, regional food company could do so well. It’s featured in a new Google commercial, and is a great example of building a business using nonstandard, social exchanges.

Q: Is there any sense that these translate to sales?

A: Definitely. These are direct marketing channels, but they are also customer experience channels. What a brand is doing in Facebook, on Twitter should be about improving current customer experience. The idea is that these promotions should give consumers even more reason to endorse a brand and share the content.