Q&A: In Praise Of The Humble Infomercial 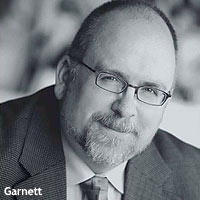 It’s hard to imagine any ad medium that’s been as dissed as often as the infomercial, whether it’s spoofing the “But wait -- there’s more” shtick, the Veg-O-Matic, or the bright red “As seen on TV” starburst. But with consumers increasingly receptive to all kinds of how-to videos and sales pitches, whether on TV, YouTube or their cell phone, direct-response TV is doing just fine: Kantar Media reports marketers spent $3.26 billion on direct-response advertising on TV in the first nine months of 2011.

Doug Garnett, CEO of Atomic Direct, the company behind such products as Lowe’s bestselling Kobalt brand Multi-Drive Wrench, tells Marketing Daily why the format is still chugging along.

Q: When DVR technology first came on the scene years ago, many predicted the death of TV advertising in general, but especially the death of the infomercial. How come you are still here?

A: Yes, those were the predictions. And yet some studies have shown TV advertising has become more effective. I think it’s that there have been a group of people mentally skipping ads their whole lives, and DVR just gives them the automation to do it. But plenty of people are still watching ads.

A: It’s true they lend themselves to infomercial content. But when you are used to the amount of power TV lends a campaign, online channels have maybe only a hundredth of that. The quandary is that yes, it’s really cool those channels are there. But they don’t drive businesses like TV.

Q: What products do well in infomercials?

A:  It needs to be demonstrable, and it needs to be unique. That doesn’t mean never been done, just unique to the audience.

Q: Do you have a favorite?

A: Hmm. Maybe the George Foreman Grill. It was a product that had been such a shelf potato, sitting there not doing anything. After the infomercial, it’s sold bazillions. It’s a good example of why the format works so well: People needed to know why they should buy it.

I like the Chuck Norris ads for the Total Gym. Another favorite is one we’ve done for Drill Doctor. Drill bits cost like 25 cents, and this tool is expensive, about $100. So we needed to explain to people why they should spend so much, when the conventional wisdom has always been, just go buy another bit. But for people who do lots of projects, that’s not the right answer. Having to run out to the hardware store for a new bit messes up their momentum. This product helps them get more done.

Q: Since we’re talking about tools and stores like Lowe’s, want to comment on how the category is surviving this long, painful slump in housing?

A: Well, retailers are all struggling because contractors have backed off purchases during this recession. But consumers are still buying DIY products. Maybe they’re now looking at spending $2,000 instead of $5,000 on a remodeling project, but they’re still investing in their homes. So from our standpoint, things are stable. I don’t know that brands we represent have seen a clear bump up, but we haven’t seen sales come down, either. A bigger financial pressure on us is due to the recovery. During the recession, it was easier to get longer spots on cable and TV. Now it’s tightening up.

Q: Who responds best to infomercials?

A: There is a small group of dedicated infomercial buyers. But it’s when the product is also sold in retail that it starts to take off. You’ll see nine or ten sold at retail for every one you sell through TV. And buyers tend to be early adopters. About 35% of the people who buy through our ads have never bought through the direct TV channel before, and I’m proud of that.

A: No. Gift-givers have a big impact. We found that with a Kobalt brand double-drive screwdriver for Lowe’s, for example, it sold really well during the Christmas period, as a gift. People were buying five or six at a time.