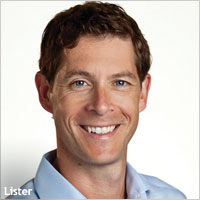 LinkedIn will focus this year, in part, on building bonds between members and companies with profiles on the site through targeted messages to audience segments, Jonathan Lister, vice president for North America marketing solutions at the social network, told MediaPost.

Company status updates, which allows members to get automatic updates on changes to specific companies, and the Follow feature will become the pedestal for the strategy to build out products and services.

Through these tools, LinkedIn will attempt to grow revenue from U.S. companies. Today, it gets a greater share of its ad dollars from outside the U.S., according to eMarketer analyst Debra Aho Williamson. This year, the site will see $226 million in ad revenue, a 46.1% increase compared with 2011, 32% of which is derived from overseas.

By 2014, Aho Williamson estimates U.S. advertisers will account for 60% of LinkedIn’s revenue of $405.6 million. Marketers can attribute the revised forecast, since September 2011, to a "stronger- than-expected advertising program on the site." LinkedIn has three solid revenue streams -- advertising, professional services, and premium membership ---- which makes them a little different than other social networks.

The problem with generated ad revenue from the site is people don't use LinkedIn ads as regularly as many of the other social networks, Aho Williamson said. "They don't spend a lot of time there; they come and go," she said. "LinkedIn still needs to build-up the 'time-spent metric' we see on Facebook and Twitter."

The ability to "Follow" news and updates from sites across the Web isn't new. RSS feeds, even Twitter, offer the capability to capture information and stream it into an email inbox or reader. LinkedIn will take the concept a step further, allowing companies to message site members one-on-one. Those messages tend to go viral more often, Lister said.

"Followers who receive messages from companies tend to comment, like and share that relevant information," Lister said. "We're seeing high engagement from that Follower product, higher than we have seen before. So, we will spend a lot of time this year focusing on the follower ecosystem to make sure the product gets better with more relevant messages."

Lister attributes the ability to target "influential" professionals with ads based on their job function and title. These types of messages tend to get shared more often. For instance, Lister spearheaded Cisco System's recent video email campaign targeting 140,000 C-level executives through LinkedIn's partner message program. The site supports profiles for about 4 million C-level and senior vice presidents, as well as display media, polls and research.