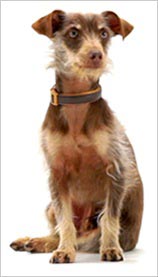 The Super Bowl may be a quickly fading memory, but Bud Light is continuning to generate buzz on its Facebook page where the beer maker's new canine star is front and center.

Bud Light, the official beer sponsor of the NFL, continued its "Here We Go" campaign with the fourth-quarter ad, created by mcgarrybowen, based in New York, Chicago and London.

In Bud Light's "Rescue Dog" ad, a terrier mix fetches beer upon hearing his name Weego (as in "here Weego"). The dog brings beer to various groups of party arrivals, bringing a six pack when needed, and showing he can also roll a keg. The piece de resistance is that Weego isn't a pedigree -- he's a mutt and a rescue dog, as made clear in the beginning and end of the commercial.

At the end of the spot, Weego is pushing a cooler that says "Help Rescue Dogs" and directs viewers to Bud Light's Facebook page. Once there, you learn that Weego (and Bud Light) is now helping other dogs. For every "like" Weego receives, Bud Light will donate one dollar (up to $250,000) to ARF, Tony La Russa's Animal Rescue Foundation.

The Facebook page explains how “once just looking for an owner, he hit the jackpot when a great owner who also happened to be an exceptional trainer brought him home one day.”

Thanks to Weego's natural talents and the skills of his trainer, this pup has had a remarkable journey from rescue dog to lead role with the premiere advertiser on the world's largest advertising stage of the year, according to Bud Light.

“In celebration of his humble beginnings, Bud Light is joining forces with Weego to make a donation to help these animals in need and those that make animal rescue possible,” the page states. “We hope you enjoy Weego's special talents as much as we do, and we encourage you to support rescue animals like him. Above is a link to ARF, should you want to make any additional donations to support the efforts of ARF.”