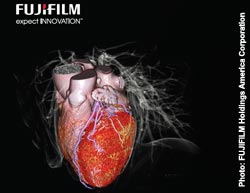 Despite having the word “film” in its name, Fujifilm Holdings North America is looking to remind consumers and business leaders that the company is about more than an outmoded technology.

In its first-ever brand campaign, the company tells its brand story through innovation developed through various technologies over the decades. The primarily print campaign celebrates the company’s 78-year history in developing core technologies that simply happened to be grounded in the development of photographic products. The campaign showcases how those technologies are being adapted for the 21st century.

“In the last decade, Fujifilm made many changes and investments to diversify its business. Now, the timing is right for Fujifilm to support those strategic business moves with an overarching brand message,” said Ray Hosoda, president, Fujifilm Holdings America Corporation, in a statement. “This new ad campaign illustrates how Fujifilm has extended it products and services into markets beyond the traditional film and imaging industries for which we are best known, such as digital cameras, and photo imaging and printing equipment.”

The campaign acknowledges consumers’ perception as Fujifilm with the headline “Just when you thought you knew us.” The ads then showcase different technological developments the company has been a part of. The first ad, for instance, features a 3D medical imaging product marketed in the U.S. by Fujifilm Medical Systems. The campaign features the tagline “expect Innovation.”

The campaign will run in major newspapers and magazines throughout the year.