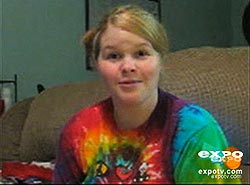 New research from a comScore study suggests that marketers can have the best of both worlds when it comes to relying on professionally produced and user-generated video online. Typically, the former has held the promise of virality, while the latter has been favored as being “brand-safe.” But what happens when you put them together?

In the study, comScore aimed to answer that question by looking at how user-generated videos complement professionally produced content, if at all. To do that, it analyzed a campaign for a beauty brand that included a combination of a professional “how to” video and a product video created and submitted by an actual user. The findings indicated that the two types of video drove higher levels of sales effectiveness when used together.

When one group of consumers was shown the professional material, it generated a 24.7-point lift in “share of choice”—a metric reflecting consumer preference for a brand among its competitors -- for the featured product, and a 16-point lift for the brand’s total line.

“While marketers may already be familiar with the effectiveness of professional video content alone, these results suggest that even greater returns can be had by combining their use with authentic, user-generated content,” stated Frank Findley, VP, research and development at comScore.

For the study, a second group of consumers participated in a cued exposure test and were surveyed after being directly exposed to the videos. On its own, professionally produced content resulted in a higher proportion of respondents grasping the importance of the key message presented than user-generated content. The amateur product videos, however, were better at producing emotional intensity and key message communication.

The comScore study was conducted with EXPO, a platform for user-generated video. Its clients include brands such as Nabisco, Bounty, Old Spice and Quaker. The companies didn’t disclose what marketer or specific products were involved in the video campaign studied.