Mobile Video To Reach A Third Of Consumers By 2016 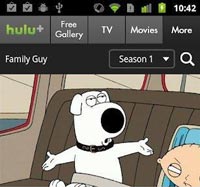 The rapid proliferation of smartphones, 3G and 4G networks, and user comfort with porting Web usage patterns to devices will drive a sharp rise in multimedia streaming on mobile. According to eMarketer estimates, about a quarter (25.2%) of mobile customers now access video on their handsets -- a share that will rise to 42.4% in 2016. That means that streaming video on mobile will be touching 110 million, or 33.5% of all Americans, in four years. Currently about 61 million are seeing video on handsets.

Virtually all forms of multimedia are set to explode on smartphones. eMarketer also projects that mobile music listeners will triple by 2016, to 81.3 million. These are customers who will be accessing streaming digital radio or direct downloads to devices, not sideloaded tracks.