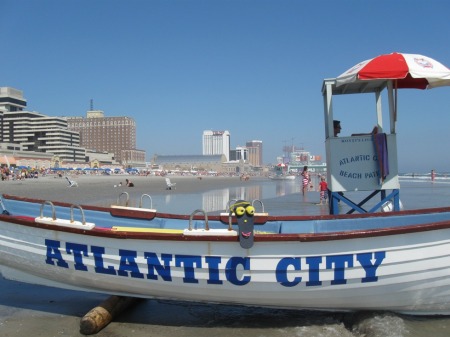 The Atlantic City Alliance is launching a $20 million tourism campaign, the largest in the city's history.

The ads, which break April 16, kick off an ongoing initiative by Governor Chris Christie to elevate the city's image and rebuild leisure tourism in the historic city. Gaming is not featured in the ads, which instead will showcase the city's other offerings for visitors, including entertainment and fine dining, luxury accommodations, nightlife and the beach and boardwalk.

The integrated media campaign aims to build a year-round visitor base and shift consumer perception of the city. The effort will seek to move the area beyond a gaming center to a year-round destination that encourages tourists to take advantage of its diverse offerings.

"Transforming Atlantic City's gaming and tourism economy and developing it into a world-class destination and resort is a vital and ongoing commitment of this administration," Christie said in a release. "With this newly integrated tourism campaign, there is finally a concerted effort to properly fund Atlantic City marketing initiatives to attract visitors to the region, a need that has gone unmet for far too long. Through our continued collaboration and partnership with all stakeholders, we're beginning to see the Atlantic City of the future take hold."

The two 30-second TV ads end with a call to action for consumers to "Do Anything. Do Everything." The campaign also includes full-page print ads and two radio spots.

Media buys will continue through the summer, fall and holiday seasons.

The integrated media campaign consists of ad buys across a variety of traditional and new media platforms including print, broadcast, digital and out-of-home executions. Simultaneous communications and social media programs will bring the message to a wider national audience, while localized marketing tactics and a series of “must-do” events will amplify the message within the Atlantic City area. Audiences in New York, Philadelphia and Baltimore are reminded that the city is a short drive away.

A new landing page, www.DoAtlanticCity.com, launches Monday to supplement the larger campaign and will feature enhanced trip planning tools to assist visitors in choosing among the wide variety of lodging, dining, shopping and entertainment options. The itinerary planning tools will enable the visitor to customize selections with personal preferences such as budgets and travel partners.

Euro RSCG New York is the ACA's advertising agency and is responsible for creative execution of the advertisements, having partnered with sister agency MPG for media planning and buying. Complementary public relations and marketing strategies are to be implemented throughout the campaign by Edelman.