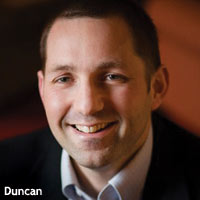 As marketing clichés go, few are as firmly embedded as Gen Y’s technological savvy, or their parents’ doltish inability to master the text message. But new research from McKinsey & Co. reveals that this divide is growing faster than many marketers realize, and that important insights about behavior, such as Gen Y’s greater willingness than those over 35 to pay for online content, are getting lost in conversations about technology.

Ewan Duncan, a principal in the Seattle office of McKinsey & Co. and co-leader of its Consumer research, tells Marketing Daily why the separation of generations is accelerating, and what marketers need to know.

A. The general patterns of our research support what people are seeing and saying about, for example, the rise of social media, the rise of mobile, and that people are using voice less. But certain groups are using it a lot less -- and that phrase, 'the future is already here, it’s just unevenly distributed,’ applies. If you look closely at the youth segment, they are already quite different than the rest of us.

A. Well, they have laptops. But their primary computing device is their smartphone. When they communicate, they are likely to do it through text or video, not voice. They think email is slow and dumb. They don’t sit and watch TV -- they snack on video as they are doing other things.

Q. What does that mean for marketers?

A. Well, many of them don’t have landlines or watch normal TV, and that is quickly becoming the norm. Marketers need to be on the right side of that behavioral change.

Q. Could you explain what you mean by device convergence?

A. Your phone is becoming your digital Swiss Army knife. It is a still camera, a video camera, a screen for playback, a GPS. And companies will bake more and more technology into these phones. Some of these larger phones with bigger screens are better for video, but not so easy to hold up to your ear.

Q. Isn’t that odd? That phones are becoming less like phones?

A. I don’t think so. People use voice less and less, and I think it will continue to decline. Video calling is the big hidden trend, and younger users rely on their mobile devices when they can’t talk, like when they’re in class or at work. They are communicating more, but talking less. Americans talk much more than people in other countries.

Q. What else are marketers missing?