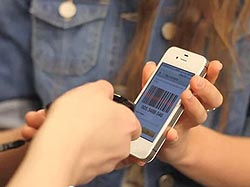 Continuing its push into offline payments, eBay-owned PayPal launched its PayPal InStore app in the UK, which allows consumers to pay for items at checkout without NFC or pay terminal interactions. The iOS and Android free app connects directly to the users PayPal account. They enter an assigned PIN code and receive a barcode on their phone that a cashier can scan. As usual, PayPal is promoting the m-payment system as an alternative to the hardware-dependent NFC contactless technologies.

For now, Pay Pal InStore works only with stores in the Aurora Fashions suite of companies, including Oasis, Karen Millen and Coast and Warehouse. In a statement from PayPak, UK Managing Director  Cameron McLean says:“Research we carried out last year among major retailers suggested 2016 will be the year you won’t need a wallet to shop on the British high street. A phone will be enough.”

PayPal reiterated that it did not feel the coming wave of NFC-enabled pay terminals and mobile phones were necessary to enable m-payments for physical retail items. The company has been making a series of acquisitions and rollouts aimed at pre-empting the long-promised explosion of NFC-powered payment solutions from hardware OEMs, carriers and credit card companies.  It is partnering with a range of retailers in the U.S. to enable PayPal payments at point-of-sale terminals using a mobile phone confirmation and receipt system.