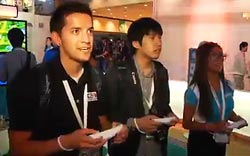 That image you may have of a typical video gamer -- male, teenaged or twenty-something, sitting in a basement by himself -- is wrong. Very wrong.

According to the Entertainment Software Association, nearly half (49%) of all American households own at least one console gaming system (and those that do own an average of two). The age of the average player is 30 (37% are 36 or older). Women over 18 represent a significantly greater portion of the game-playing population (30%) than boys 17 or younger (18%). And nearly two-thirds of all gamers (62%) play games with others, either in-person or online.

In all, consumers spent nearly $25 billion on video games last year (including content, hardware and accessories), and 42% of gamers said video games give them more value for their money compared with DVDs, movies or music. Of the gamers who said they were playing more often than last year, half said they were going to movies less, while 47% said they were watching less TV and/or DVDs at home.

Additionally, 59% of those who said they were playing more video games than last year said they were playing fewer board games. That does not mean, however, that video-gaming has cut into family time. According to the study, 40% of parents say they play video games with their kids once a week, while 59% play at least once a month with their kids. The overwhelming majority (90%) cited the idea of “fun for the entire family” as a reason to play the games. More than half (52%) of parents said video games were a positive part of their children’s lives.