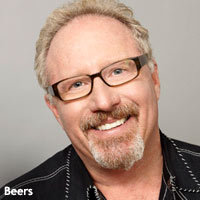 Thom Beers’ production outfit has tapped an executive to focus on integrating brands into its slew of reality hits from History’s “Ice Road Truckers” to National Geographic Channel’s “Wild Justice.”

Beers’ company said Billings signed the Coleman Co. to play a role in the coming Nat Geo show “Are You Tougher Than A Boy Scout?” on her second day on the job. Deal structures could include paid integrations, barter deals and cross promotions or a mix.

It’s unclear how branded integration dollars may be split between Beers’ operation and the networks. In 2008, truTV said it had a deal in which Pizza Hut, Mutual of Omaha and Western Union would be linked with “Black Gold.”

Pizza Hut’s arrangement included the featured oil workers eating its fare on a break. Vignettes were also produced for all three sponsors to run in breaks adjacent to their spots.