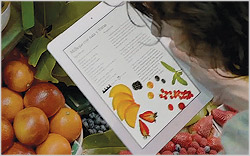 When it comes to learning about food, nearly half of consumers use social networking sites, and 40% use Web sites, apps or blogs, according to a new study from The Hartman Group and Publicis Consultants USA.

“Consumers used to rely on mom and family traditions for meal planning, but now search online for what to cook, without ever tasting or smelling,” said Hartman Group president and COO Laurie Demeritt.

In addition, nearly a third of Americans overall -- and 47% of Millennials -- use social networking sites while eating at home.

So how can food makers and retailers best leverage this social media power?

According to the researchers, they need to understand that consumers’ social media behavior falls along an engagement continuum, and create tailored communication strategies relevant to each type of three users:

* “Dreamers” curate and push food-related content through social networks. They aspire to have larger followings and more influence than they currently do.

* “Doers” are the most engaged. They are the core of food and social media, creating content that inspires followers.

There are many possible brand opportunities for each type of consumer. “For example, a brand may entice Dreamers by incorporating their recipes on its site, or appeal to a Spectator by offering incentives in exchange for a video review,” pointed out Steve Bryant, president of Publicis Consultants.

The study, “Clicks & Cravings: The Impact of Social Technology on Food Culture,” was conducted in October and November 2011. Qualitative ethnographies were fielded in two major U.S. markets, and more than 1,600 U.S. adults participated in an online survey.