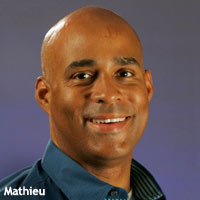 SET CEO Michael Mathieu, a former executive at YuMe and Freedom Communications, said its customers pushed the change, but the overhaul puts the company in a sensitive spot.

Mathieu said in the old business model, the company sold services to ad networks, similar to BlueKai, and helped companies classify videos. In the new model, SET becomes a competitor to ad networks because it can take its services directly to clients.

The big question: Will ads that work on TV do just as well online?

There are nearly 180 million unique views of video monthly, according to comScore. And while the need continues to rise, the research firm estimates time spent watching ads attached to long-form videos only represents about 8% of all minutes. But this still lags significantly compared to TV ads.

In March 2012, consumers spent 98.5% of the time watching online video with content, leaving ads as the remaining 1.5%. The average viewer could watch more than an hour of online video content and see only one minute of ads. Compare this to TV, where content makes up approximately 75% of programming content, with the remaining 25% allotted for advertisements, according to comScore.

Bringing traditional media dollars online means giving buyers the ability to merchandise content. Brands spend $3.5 million to run an ad during the Super Bowl or the Olympics. Buying online requires advertisers to go through a network that can count the impressions, but can't determine exactly where the ads place.

The SET platform targets ads by content, based on keywords, such as swimming or gymnastics, and uses computer vision and natural language processing to place ads. It allows advertisers to see where the ads place before they run.

The goal points to aligning more with the process of traditional television to make buyers more comfortable with buying online video ads. The company originally came to market with technology that scans videos by frame and groups them by relevance.