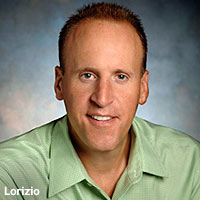 Microsoft is rolling out a series of new ad units to support the more than $8.4 billion that marketers spend quarterly on online media ads. The units, ranging in size and function, will assist marketers with multichannel advertising strategies across PC, tablet, Xbox, Skype and mobile.

VPAID ads, for example, are user-initiated ads highlighting video storytelling. Unlike pre-roll video ads, people can interact directly with videos instead of just watching them.

Mindmap, exclusive to the MSN home page, creates a digital circular-style ad of up to 30 products. The Magnetic Canvas ad creates a 3D effect when users hover over the ad. The Swell ad expands, but doesn't interfere with the content being read.

About 56% of those on the Internet visit MSN's pages monthly, and 76 million of them don't visit AOL or Yahoo, according to comScore. The data research firm also shows that consumers stay on Microsoft sites longer.